patients treated at Dana Farber Cancer Institute, to 15 percent in 48 patients treated at Stanford University Cancer Center. High blood pressure (hypertension) was cited by each study as a possible contributing factor to heart damage. A ten percent or greater reduction in left ventricular ejection fraction (LVEF) was noted in 28 percent of the Dana-Farber patients. In comparison, the Sutent (sunitinib) prescribing information reports 11 percent of patients had reduced LVEF in the Phase III registration trial. LVEF is one measure of how efficiently the heart is working.

In January 2006, Sutent was approved for renal cell carcinoma and Gleevec (imatinib)-resistant GIST. To date, over 33,000 patients have taken this drug, which has significantly extended the lives of many patients. All drugs have potential benefits and potential risks. In the vast majority of cases, the benefits outweigh the risks when drugs are used for their approved indications.

Some degree of cardiotoxicity has been noted with most of the new tyrosine kinase inhibitors including imatinib, sunitinib, sorafenib, nilotinib and dasatinib. In spite of this, these drugs remain among the most exciting of the new drugs used to treat cancer.

Some of the key aspects of optimizing drug therapy for cancer are understanding the risks, proper monitoring and management of side-effects. This allows cancer patients to stay on their therapy as long as possible and at the optimal dose for the individual. 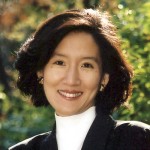 In spite of the concerns raised by the cardiologists in these reviews, none have suggested that the risks associated with Sutent outweigh the potential benefits. Their concern seemed to be more focused onearly and proper monitoring for hypertension and heart problems and early treatment for those patients needing it. As Dr. Ming Hui Chen, the author of the study of Dana Farber patients noted in an interview with heartwire (from WebMD), “Patients should be encouraged that with cardioprotective measures, they can stay on their lifesaving therapy longer. . .the paradigm for cardiologists still remains to treat the cancer while caring for the heart.”

The Life Raft Group has talked to Pfizer, manufacturer of Sutent, about the recent reports of heart toxicity. Pfizer has informed us that they are working with many of the investigators that have reported these issues 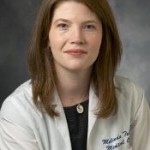 and are performing studies to try to understand the mechanisms of toxicity. They are also gathering data from ongoing trials and encourage physicians to report adverse events. Pfizer and the Life Raft Group discussed the need to work together for more education.

The studies raising concerns about heart toxicity were: 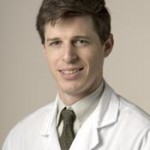 Lenihan and colleagues at MD Anderson Cancer Center in Houston, Texas raises concerns about the severity of some of the heart problems. However, the incidence they noted was lower at 2.7 percent (possibly because of different monitoring and/or reporting).

The factors affecting possible under-reporting of heart concerns are not entirely clear. Inconsistent use of reporting terms might be one issue, but another issue seems to be that in some cases heart failure was diagnosed based on clinical symptoms, resulting in under-reporting. In other cases it is based on specific diagnostic tests such as echocardiograms, biomarkers and MUGA scans.

According to Dr. Ronald Witteles, a cardiologist at Stanford, “Most trials only report symptomatic heart failure. . . sometimes symptoms are attributed to something else, for example edema may be thought to be drug-related . . (instead of heart-related).”

The similarities among symptoms caused directly by the drugs and those caused by heart failure, result in several problems. First, the incidence of heart problems can be underestimated if reporting is based only on clinical symptoms and not on routine cardiac testing. Second, if a patient does not undergo cardiac testing, symptoms caused by cardiac problems may simply be attributed to the “normal” side-effects of the drug and the cardiac problems may go untreated.

While there is clearly concern being voiced by the cardiologists in these four studies, the scope of the problems are not well-defined. Because each of these reviews used different monitoring methods/ schedules, their results are hard to compare directly and they don’t directly compare to previous trial results. In addition, some trials,
especially the GIST trials, allowed previous anticancer drugs that have known or suspected cardiotoxicity. In the phase I/II GIST trial, 20 percent of patients had previous anthracycline chemotherapy (typically doxorubicin, a drug with known cardiotoxicity) and 100 percent had previous Gleevec (which has a low reported rate of cardiotoxicity). One theory is that this may have predisposed patients to increased risk of cardiotoxicity with Sutent. However, studies of Sutent in mice showed cardiotoxicity in the absence of previous imatinib.

Sutent is a potent inhibitor of the VEGF receptors. The VEGF pathway is one of the most important pathways affecting new blood vessel growth. Inhibiting the VEGF pathway is a promising anti-cancer therapy, however, a common side effect of drugs that target this pathway, including Sutent, is high blood pressure. Chen et al. commented on the hypertension noted in their study, “The degree and rapid onset of hypertension associated with sunitinib in our study were unexpected, since phase III studies have shown a 15–24 percent rate of hypertension with sunitinib, compared with 47 percent (35 of 75 patients), that we recorded. The low rate of hypertension reported in phase III trials might have arisen because patients with uncontrolled hypertension were excluded at trial entry. Our patient population had their blood pressure monitored every week and, therefore, had an increased number of data points from which to assess the rate of hypertension.

“In view of our findings in the mouse suggesting that hypertension might play a part in myocardial injury and apoptosis, the contribution of hypertension to sunitinib-associated left ventricular dysfunction needs to be closely examined.” 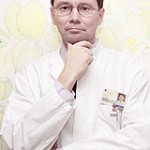 Dr. Heikki Joensuu (Helsinki University Hospital, Finland) is one of the pioneers in the treatment of GIST with targeted drugs like Gleevec and Sutent. Dr. Joensuu commented on the article by Chen, Chu and colleagues in the journal, Lancet, “Chu and colleagues can be congratulated for vigilance and for careful documentation of their cases.” Joensuu said their findings parallel those of another research group in Austria (later published in the Journal of Clinical Oncology). The Austrian scientists reviewed patients taking sunitinib or another
anticancer drug, sorafenib (Nexavar). Joensuu noted that “cardiac adverse events with sorafenib seem similar to those related to sunitinib.”

“Patients treated with sunitinib need careful monitoring, not only for handfoot syndrome and other 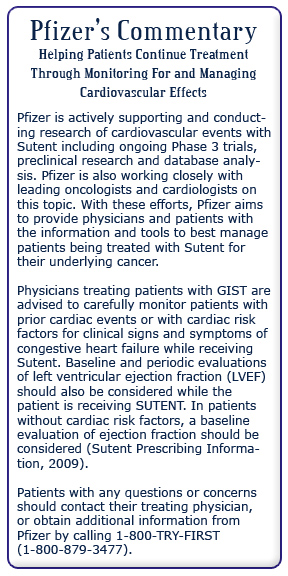 wellestablished adverse effects, but also for thyroid and cardiac function. Although data are limited and more research is needed, sunitinib might be at least as cardiotoxic as [the breast cancer drug trastuzumab (Herceptin)].”

“Longitudinal monitoring of LVEF is standard practice in breast-cancer patients treated with trastuzumab. Such monitoring and an electrocardiogram also seem indicated in patients treated with sunitinib. Patients with coronary artery disease, severe heart disease, or previous treatment with anthracyclines may be at particularly high risk of cardiac failure and possibly cardiac infarction during sunitinib therapy and will need close follow-up. Sunitinib-related hypertension should be treated promptly,” Joensuu concluded.

As a result of their experiences with Sutent, Stanford Cancer Center has developed a monitoring program similar to the one suggested by Dr. Joensuu for all of their patients on Sutent. This program exceeds the monitoring requirements recommended in the Sutent prescribing information which currently say (in part) “In patients without cardiac risk factors, a baseline evaluation of ejection fraction should be considered”. The Stanford protocol would move monitoring of ejection fraction from something that “should be considered at baseline” to routine baseline and periodic monitoring (as well as other monitoring). 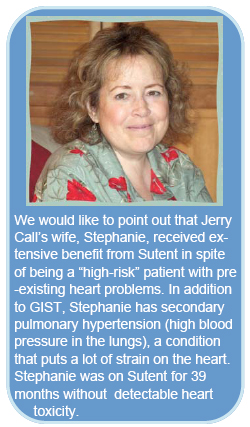 event versus those that did not. The review of the Dana-Farber patients (Chen et al.) reported that congestive heart failure and left ventricular dysfunction generally responded to withholding sunitinib and medical management of heart-related issues. Stanford (Telli et al.) reported that three of five patients with follow-up cardiac evaluations had persistent left ventricular dysfunction after discontinuation of sunitinib and initiation of standard heart failure therapy.

In an interview with the Life Raft Group, we asked Dr. Witteles, a cardiologist at Stanford, to comment about the type of monitoring he recommends for patients on Sutent. Dr. Witteles recommended:

According to Witteles, patients without a previous history of heart problems won’t necessarily need to be seen by a cardiologist. The oncologist can order cardiac monitoring tests such as an echocardiogram or a MUGA scan. However, if those tests find abnormalities, then it’s time to get a cardiologist involved in the treatment plan.