Vera Krstevska was born in November 1955 in Skopje, Macedonia. She works in a laboratory of the Institute for Transfusiology with the Clinical Center in Skopje. She is a proud mother of two sons and loving grandmother of four grandsons. 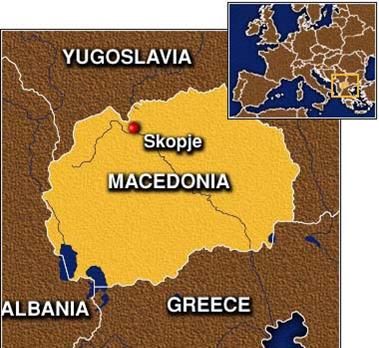 Vera was diagnosed with GIST in August 2007. She had her first gastrectomy with the tumor removed from her intestines. One year later, she had a recurrence in the stomach, intestines and liver. A second operation was successful at removing the tumors from her stomach and intestines, but two cysts remained in her liver. After consultation with her local oncologist and a GIST specialist located in Greece, Vera started 400mg of Gleevec on January 15, 2009.

Vera’s case is not much different from other GIST patients. What sets her apart, however, is the country in which she lives and its debilitating health system.

Located in Southeastern Europe, the Republic of Macedonia is one of the successor states of the former Yugoslavia. Macedonia has a public health insurance system in which most treatments, operations, and general care are covered by the government with little cost shared by the patient.

There is, however, a gap in the system— in particular for rare disease patients. The Ministry of Health has not prioritized funding treatment costs for rare diseases, like GIST and CML; therefore, most patients are left to find other ways to access life-saving treatment.

After a few tragic patient cases and coordinated outreach efforts among the Macedonian GIST, CML and rare disease communities, the Ministry of Health approved a program in 2009 to fund the treatment of rare diseases.

Although this seems like a triumph, a year has passed and the implementation of this program has yet to begin due to budgetary constraints, as well as an acceptance of information about how new treatments such as Gleevec can provide longer progression-free survival and better quality lives.

With the help of the Life Raft Group and other international advocacy groups such as European Cancer Patient Coalition (ECPC), an aggressive letter-writing campaign was initiated. It urged the Macedonian Minister of Health to advocate that Gleevec be covered by the Health Fund. The international CML and GIST communities also partnered together on behalf of Macedonian patients to advocate for access to life-saving treatment.

Over the past year, in conjunction with the letter-writing campaign, individual patients and the Macedonian Society of CML Patients (to which the GIST patients belong) have organized aggressive media campaigns to increase awareness to the public about the problems they have encountered. Numerous meetings have been held with officials in the Ministry of Health and the Health Fund. Promises were made, yet no positive results have been achieved.

As of today, people like Vera are still awaiting a positive response from the health authorities, but problems accessing treatment are becoming more serious for patients like Vera. Through the Life Raft Group, Vera was able to find a GIST specialist, Dr. Ioannis Boukovinas, who has proven to be very experienced, professional and helpful in regard to the management of Vera’s disease.

Through the LRG e-mail community & Dr. Boukovinas, Vera also found information about mutational and plasma testing and discovered that she had an Exon 9 mutation for which her doctor recommended increasing Gleevec to 800 mg.

Unfortunately, due to the political and financial situation in Macedonia, Vera could not go to a higher dosage and remained at 400 mg. One year since the mutational testing and her start of Gleevec, a CT scan showed a new tumor in her stomach.

With the help of donations, she managed to increase the dosage to 800 mg, but this is not a longterm solution. Plasma testing has verified that imatinib is at therapeutic levels so she hopes for a continued good response to this dosage.

Vera is not the only Macedonian patient feeling financial and medical pressure due to treatment access issues.

In order to keep patients like Vera alive, her family is appealing to the international GIST community to advocate for patients and push the Macedonian health authorities to cover Gleevec treatment in their Health Fund. If you would like to help, please send your letters to the Life Raft Group, who will pass it along to the Ministry of Health.

Editor’s Note: Dejan Krstevski is Vera’s son and has been advocating on her behalf since her diagnosis.