GIST-Switzerland Group founded for the support of GIST patients

On January 14, 2010 the GIST-Switzerland Group was founded in accordance with the provisions of the Swiss Civil code. The aim of the association is to support GIST survivors.

As specified by Dr. Metzger during the last Swiss meeting, which was held on April 24, 2009 in Zurich, one of the major concerns of the greatly missed founder, Dr. Ulrich Schnorf, was to avoid the Swiss patient advocacy group — which has been in existence now for eight years— being dependent on one single individual, but rather to ensure its continuity by creating a legal entity. Ulrich carried out the main part of the essential preparatory works for the foundation of this association. Thereafter, Dr. Urs Metzger and Helga Meier Schnorf implemented all the requirements necessary for this creation. This is due to the strong commitment and essential role of Dr. Metzger in the drafting of the statutes and their adaptation to the requirements of the tax authorities. Advance notice from the tax authorities in Zug has been returned. It assures us that according to these statutes, the tax exemption requirements for a non-profit-making association have been fulfilled. From a legal point of view, the founding of the association was assisted by Mr. Erich Kalt of Schweiger law firm, a lawyer and notary at Zug. Mr. Kalt chaired the founder meeting.

The excellent collaboration with Das Lebenshaus in Germany continues, and not only in the administrative domaine. Ulrich Schnorf would be happy to see that his second life’s work, which he worked on so passionately and which he developed, still exists with the same commitment and so much reunited strength.

A few words from the new president, Martin Wettstein

I wish the newly created GISTSwitzerland Group good luck, much enthusiasm and perseverance. 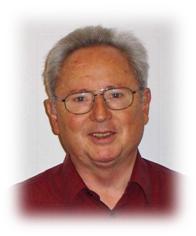 I want to express my great joy in the creation of the association. Thanks to the considerable preparatory works provided by the deceased (and unfortunately himself affected), Dr. Ulrich Schnorf and the selfless continuation of this work by his widow, Mrs. Helga Meier Schnorf, a very invaluable basis for the setting up of a patient organisation was laid with remarkable presence and assuring continuity.

I am taking the opportunity to express my particular thanks for all that. I also want to thank all the founding members, in particular our highly qualified medical consultants, Dr. Urs Metzger and Dr. Michael Montemurro. They give us the courage to take control of this association with the guarantee of professional support along with broad knowledge. Finally, I would like to thank you for the confidence that you grant to me as first president of the association.