Stephen A. Bashaw, age 59 of Ishpeming (Ely Twp) passed away Friday, May 27, 2011 at home under the loving care of his family and UP Home Health & Hospice.

Stephen was born March 12, 1952 in Laurium, MI to Florence (Paquin) and the late George Bashaw. He graduated from Lake Linden- 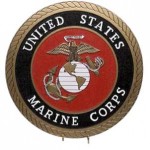 Hubbell High School, class of 1970. Following high school, he served his country in the United States Marine Corp. He was honorably discharged in 1973 after serving in Vietnam. Steve also served in the United States Naval Reserve attached to NMCB-25 out of Fort McCoy, WI having 20 years of service to his country. Steve worked for Cliffs Natural Resources for 32 years working as a heavy equipment operator, retiring in 2009. He was a member of St. Joseph Catholic Church. Steve enjoyed fishing, rabbit hunting, tinkering in his garage, and the many adventures he and his wife had riding their Goldwing.

Steve is survived by his wife, and best friend, Laurie (Poissant) Bashaw, whom he married July 27, 1974, his mother Florence Bashaw of Lake Linden, 3 children: Eric Bashaw of Champion, Stephanie (Matt) Burgess of Arlington, WA and Holly (Tom) Palmer of Marquette. He was a proud Papa to Sebastian & Benja-min Burgess and Sophia Palmer. He is also survived by a sister Judy (Mike) Drewyor of Hough-ton, a brother John (Mary Ann) Bashaw of Plymouth, WI, father and mother-in-law Larry and Joan Poissant of Ishpem-ing, and several nieces and nephews. Ste-ve was preceded in death by his father George. Memorial considerations may be directed to the Pan-Mass Challenge for GIST research c/o Mike Cesarini 2 Settlers Path Duxbury, MA 02332 in memory of Stephen Ba-shaw.

Steve’s obituary may be viewed at www.bjorkandzhulkie.com where his guest book may be signed.