GIST warriors left behind a legacy of struggle & triumph 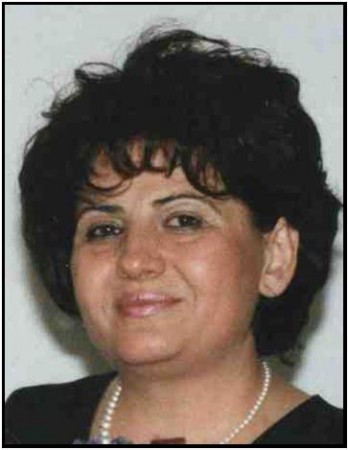 Access issues come up often enough in America. Depending on the disease, many times there are agencies or organizations in place to help patients in need overcome these hurdles. Outside of the United States, it is not always easy or even difficult to access treatment for a rare cancer. It can be downright impossible. Factors like cost, patient population, and bureaucratic red tape can lead to restrictions on a patient’s ability to afford or even get a prescription for drugs like Gleevec, Sutent and others.

Vera Krstevski was diagnosed with GIST in August 2007 in her native Macedonia, where the Ministry of Health had not prioritized funding treatment costs for rare diseases like GIST. This created a situation in which most patients are left to find other ways to access life-saving treatment.

She had her first gastrectomy shortly after diagnosis; one year later, she had a recurrence and a second operation. Vera started 400mg of Gleevec in January 2009 and spent two years on the drug, managing to increase her dosage to 800 mg (after discovering an exon 9 mutation) through perseverance and donations from generous friends and patients (You can read more about this story in our April 2010 newsletter issue).

Eventually Vera was shifted to Sutent and then on to other drugs when the progression continued. Though she tried tremendously to get ahead the disease, Vera passed away peacefully on December 17, 2011.

It may seem as if for the duration of her illness, she knew only struggle and financial hardship, and that may be true. However, through the exhaustive endeavors of Vera and her family, collaboration with the CML community, talks with health authorities and a huge media campaign to create more awareness about access, Gleevec was put on the treatment reimbursement list and future GIST & CML patients have been left with the gift of access to a lifesaving drug.

What Vera and her devoted son, Dejan inspired in Macedonian GISTers and non-GISTers alike was nothing short of a miracle.

“The GIST & CML communities in Macedonia really came together. What they were able to do was an inspiration to patient advocates everywhere,” said LRG Global Relations Director, Sara Rothschild, who worked with closely with Dejan on this campaign, “The passion and the steadfastness that Dejan had for saving his mother motivated me as I continued working with the global GIST community.” Dejan, too, is not done yet, “We have another fight ahead of us that will be much harder, putting Sutent on the reimbursement list. We have already started [working] together with RCC patients that are also affected by lack of access to Sutent. The fight goes on.”

Rafael Becerra was never highlighted in our newsletter, but he was well known in the GIST community and widely loved by all who knew him.

He started out like many GIST patients, faced with a diagnosis they were not prepared for. After his initial surgery, he continued his normal life, but in his spare time he began to study his disease, to learn what treatments were available and how to manage the side-effects they produce. In a relatively short amount of time, Rafa, as he was known to his friends and colleagues, accomplished much.

In his comings and goings to treatment appointments, Rafa began to meet other people who had the same disease, like Rafael Vega. Together, they decided to create the Colombian GIST Foundation (www.fundaciongistcolombia.org ), for the purpose of educating and informing patients and medical providers and raising awareness about treatments and sideeffects management.

Never tiring, “The Rafaels” and Fundacion GIST Colombia joined other Latin American countries to form Alianza GIST, an alliance aimed at improving the knowledge base and standards of care for all Latin American GIST patients.

In the course of his various duties in Colombia and Latin America as a whole, including visiting the homes of every GIST patient who joined his organization, Rafa’s progression began to spread and overcome his GIST treatment in the summer of 2011 and he passed away on December 8, but as his brother, Jairo, said in a final note on Rafa’s blog, “He left a legacy of struggle, perseverance and positivism against the adverse circumstances that life presents to us.”

This is obvious from Dr. Vega’s beautiful eulogy to Rafa, where he proudly announced, “Rafa was the first GIST patient in Latin America to persuade the Social Security office in Colombia to get medicine approved for his GIST treatment, which was not yet approved in the world. He was an example for all patients with cancer.”

Alianza GIST Coordinator, Vicky Ossio once said, “Although it is terrible; GIST has allowed us to know people as exceptional as Rafael Becerra.”

As for Rafa, he chose the way he would approach life and even death when he announced to his brother, “I will leave the day that I have to, not before.”

It will never be fair to lose GIST warriors like Vera & Rafa, but the GIST community can take comfort in the lasting gifts they left for us.

The world will not be the same without them, but it is forever changed thanks to them.