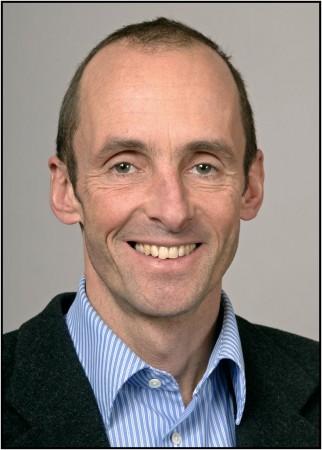 The following is an excerpt from a press release distributed by the Swiss GIST Group.

Berne, Switzerland 29 November 2011 – The GIST Group Switzerland awarded its Science Prize for the second time. This year’s recipient was Prof. Stephan Dirnhofer, who won the prize for his important work on the pathogenesis of GIST at the University of Basel’s Institute of Pathology. Dr. Michael Montemurro and Helga Meier Schnorf, who made the documentary “Living with GIST”, won the Special Recognition Award.

The Gastrointestinal Stromal Tumors (GIST) Patient Support Group, the GIST Group Switzerland, awarded its Science Prize for the second time. This year’s recipient of the GIST prize, which is worth 10,000 Swiss francs, is Dr. Stephan Dirnhofer, Deputy Head of the Institute of Pathology at the University of Basel. The prize was conferred for his publication “Frequency, phenotype, and genotype of minute gastrointestinal stromal tumors in the stomach: an autopsy study”, published this year in the journal Human Pathology. The award ceremony took place on the 24 November at the semiannual meeting of the Swiss Group for Clinical Cancer Research (SAKK), held in Basel.

The jury, headed by Dr. Urs Metzger, voted unanimously in favor of this decision. GIST is a very rare cancer of the gastrointestinal tract that occurs in 10–15 people per one million inhabitants per year. In their investigation, the authors discovered a so-called mini-GIST in 2.9 percent of the cases studied, i.e. in 17 of 579 autopsies. This is still well below the rate of 20– 30 percent that has been published by other authors in smaller-scale studies. Together with the extensive molecular genetic investigations, these findings provide important insights into the molecular mechanisms leading to GIST. The jury was impressed not only by the indisputable quality of the work submitted but also by Prof. Dirnhofer’s commitment to the study of this rare disease. In the past seven years, he has published ten papers on this topic that are listed in Medline, eight of them containing original research. GIST is a sarcoma, a group of malignant tumors that occur in connective tissue, bones and muscles. As a non-profit organization, SAKK also conducts studies on such rare forms of cancer.

A second award, the Special Recognition Prize, was conferred on Helga Meier Schnorf and Dr. Michael Montemurro of the GIST Group Switzerland for their documentary “Living with GIST”. “The film strikes a delicate balance between appealing to the emotions and conveying information and focuses on delivering a message about a difficult topic. It neither wrings the heartstrings and nor becomes bogged down in technical details. The film succeeds in maintaining this quality for 50 minutes,” said Urs Metzger on behalf of the jury. Using patient histories from real life, “Living with GIST” impressively illustrates the path from the correct diagnosis to therapy and dealing with the disease and with cancer. It also throws light on the worldwide network of patients and physicians and their cooperation across medical disciplines and in research. Yet the patient is always the focal point of the documentary.

“Living with GIST” won the EDI 2011 Silver Medal just a few days ago. EDI is the Swiss prize awarded to the best advertising, industrial and corporate films and is sponsored by the Swiss Federal Department of Home Affairs. 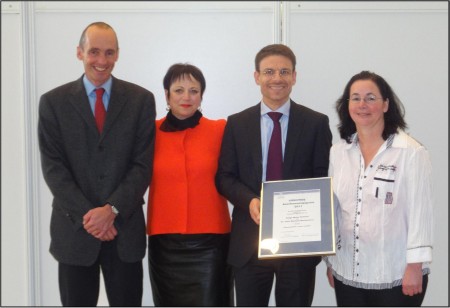