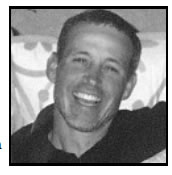 David was an exceedingly honest, loyal, noble man, committed to his family, friendships and business relationships. He was an iconic outdoorsman whose passion for hunting and fishing served as the window through which many of us were able to truly know him. We are so thankful for every line and lure cast, every field crossed in his presence. The man poured himself into his sales career in the financial industry which was measured by honest relationships, loyal commitments and significant success.

He and his family want to recognize the generosity of people who supported his pursuits, especially his friends at Regis and his partners in Cincinnati.
David wasn’t an enlisted man, but he was very much a soldier. He woke every day for eighteen years, donned the uniform and went to battle. Cancer never knew such a determined adversary. He loved us, engaged us, supported us, championed us, and entertained us. Sometimes he terrified us :) but he always inspired us and made us think about who we are. Rest in peace, Dave, having completed everything God sent you here to do.