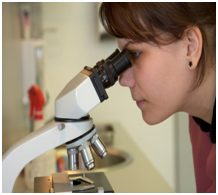 A Life Raft Group meeting with Latin American representatives underscored barriers to the tissue bank program and proper diagnosis of GIST in the region while generating suggestions for ways of improving the system.

An informal survey found that many patients and doctors are not aware of the GIST Collaborative Tissue Bank (GCTB) program, or do not quite understand the logistics of the process.

Tissue samples are routinely taken during surgery for review and evaluation by pathologists. These tissues are fixed in formalin, processed to remove water, and then infused with molten paraffin wax. These samples are kept in the hospital; to participate in the GCTB, tissue must be sent to the LRG along with a pathology report. Many of these pathology reports are missing a key piece of information, DOB, which is used to identify the tumor and to correlate tests.

By having patients send their paraffin tissue blocks to LRG, who in turn sends them to Oregon Health & Science University (OHSU), and then to the research team, researchers have GIST tissue that is linked to patient clinical histories for the first time. Personal information is encoded to comply with research privacy regulations.

The package must include:

Tests performed in OHSU have identified some misdiagnosed cases, others in which the sample received was not sufficient, and misinterpretations in the origi-nal reports.

Tissues confirmed with GIST by muta-tional screening are shared with the pa-tients’ doctors to review the treatment response based on the mutation found.

From here the tissue is sent to Stanford University for further research for a cure for GIST.

The informal survey found that patients have had problems obtaining samples from hospitals. It was suggested that a webinar on the tissue bank process be created and shared with patients, doctors and hospitals in the region to clear up any misunderstandings. Easy to understand webpages on the topic on the LRG and Alianza GIST websites were also recommended.

Another suggestion was to partner with pharmaceutical companies to use their distribution channels for educational materials that would explain the program.

The LRG did a sampling of 21 GCTB participants from Latin America.

Clearly, there are service inadequacies in the diagnostic process. The LRG is working on developing an educational program to address this. Another recommendation generated by the informal survey was to design a model for a GIST center of excellence in Latin America, to improve diagnosis and treatment in the region.