The ninth annual poker tournament, now known as the “Night to Fight Cancer” to benefit The Life Raft Group’s research programs was held at Midtown Loft on September 13, 2012. Board President Jerry Cudzil once again hosted this successful event to raise money and awareness so that someday soon we can have a cure.

Jerry began hosting this important event in 2004 after his father-in-law and good friend, Bill Roth, was diagnosed with the disease. Unfortunately, Bill lost his battle with GIST but Jerry continues to fight on to help others impacted by GIST. 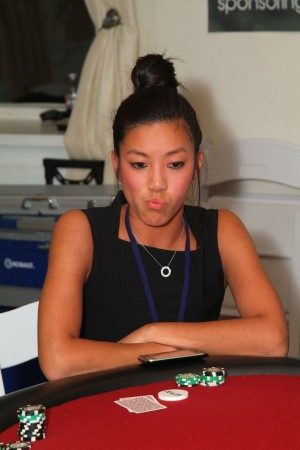 “I am so grateful for the support shown to the Life Raft Group by our friends year after year. They bring a great enthusiasm to this event whether they are playing or spectators. This is one of my favorite nights of the Year,” Jerry says. Over 150 players and guests participated in the Night to Fight Cancer to bring in almost $90,000 for LRG.

The competition came down to three individuals: Shirley Chan, Richard Taddania and Robert Fitzpatrick. Richard Taddania went home with the championship, a $10,000 seat to the World Series of Poker in Las Vegas next summer. Coming in second and third place were Robert Fitzpatrick and Shirley Chan. Congratulations to all of the winners and participants.

A special thank you goes out to our corporate sponsors, especially our Diamond Sponsor, Bank of America Merrill Lynch, which donated $10,000. Our Club Sponsors were the Phoenix Foundation, which donated $5,000 on behalf of Phoenix Partners Group; and Morgan Stanley, which donated $4,000. Investors Bank and The Seaport Group both donated $1,000 towards the event.Thank you to Sobel & Co, Hansen & Ryan, and IDT for their corporate donations and all of the attendees for their generous gifts. In addition, our friend, Lyon Carter III, was our beverage sponsor once again while Kim Tallau of Innovative Images donated her professional photography services.

We look forward to everyone joining us next year for our 10th Anniversary celebration of Jerry Cudzil’s Night to Fight Cancer. For more information on how to get on the mailing list for next year’s event, email us atwsumas@liferaftgroup.org, or visit our Facebook page at www.facebook.com/NighttoFightCancerLRG