Support Along the GIST Journey

This February, we want to focus on many kinds of love – romantic love, enduring love that supports for a lifetime (Kay and Ira Stolzer, cover), love and care for one’s self (“Love, Actually”, page 18) and gratefulness for those who give to those in need, regardless of their own circumstances (“What Being a GIST Mentor Means”, page 3).

Our feature story is about a couple who have supported each other throughout their marriage and GIST journey. They have graciously shared how that has worked for them, and our hope is that this gives insight to others on a similar journey. 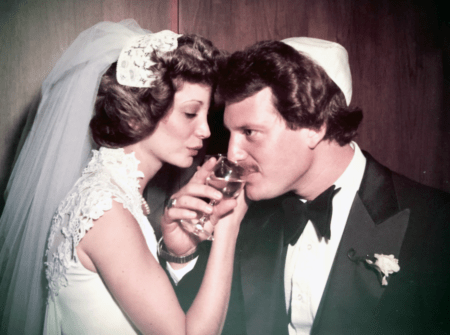 Kay, who is originally from Texas, met Ira, a native New Jerseyan, in Kansas City in 1978, while visiting her former roommate. She was looking for a change from Texas, and was thinking of relocating. Her roommate provided her with a fun apartment complex, and a large group of new friends. Ira had just begun his career with Hallmark Cards, and Kay began a new job in advertising. They dated for two years, and eventually married in 1980. They have been married for 41 years. Neither could have predicted they would face one of life’s biggest challenges – cancer. Nine years ago they heard those words, and while life has changed since her GIST diagnosis, it has become a piece of their lives, not the focus.

Kay’s introduction to GIST was an incidental finding in a routine procedure. As fate would have it, her GI specialist had just completed a course about GIST. He reassured Kay and Ira that it was benign, but the tumor in her stomach could become malignant, and must be removed. Things moved quickly after that, and the surgeon they consulted with had a different point of view. Ira shared that the surgeon said he’d been out of the prediction business for a long time, and always leaves the diagnosis to the pathologist. After many preop tests, even the biopsy revealed benign spindle cells. The Chief of Gastroenterology, who performed the biopsy procedure, adamantly told them, “This is not cancer; I’ve seen cancer, and this is not cancer.” 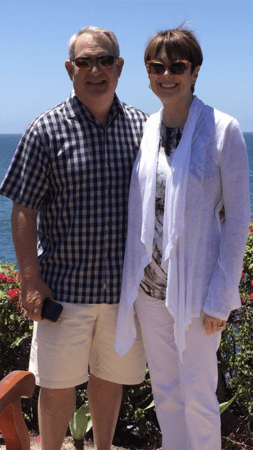 While recovering from surgery in the hospital, the surgeon informed them that the tumor was malignant, but they “got it all”, and Kay was cured. He told them Kay would simply take a pill for three years, and he had never heard of anyone who had problems with it. “The diagnosis was such a shock,” Ira said. They were somewhat reassured by the surgeon’s words, but Kay was frightened.

There were no GIST experts in Kansas City, and they didn’t actually know they needed one. They even asked their surgeon to refer them to MD Anderson, to see a specialist, but he told them they didn’t do that there, and they could treat her.

“The more I read, the more terrified I became,” Kay said. “There wasn’t anyone like me to talk to. I felt very alone in that. I had my hair and didn’t look like a cancer patient. I was so distraught, the Oncologist I was assigned to, suggested I look at an organization called the Life Raft Group for support. It was there that I learned I did need to see a GIST specialist, and my life changed.”

Kay and Ira had several heart-to-heart talks about her diagnosis, and what the future might bring for them. “He was an absolute rock. He never faltered,” said Kay. When Kay asked him how he could be so positive, he reminded her that as a gymnast in college, he learned his mental toughness. He was the co-captain of the National Championship Team at Penn State in 1976, and his coach made them compete for their uniforms every week after each meet. This created a strong mental attitude, and the ability to compartmentalize. His feeling was, “If there is something to deal with, we’ll deal with it. It could be potentially terrible, but right now, this is where we are.” Ira elaborated on this explanation. “I have the easy part. She’s the one actually going through all this.” After nine years, they feel like they’ve figured out to handle things pretty well. They focus on what they can control, and what they know.

Kay, an LRG GIST Mentor, uses this technique for herself, and shares it with her mentees. “I have an imaginary box, and in it are all the bad things that could happen. I keep the lid on that box closed tightly, and store it on the highest shelf in my closet. If we need to bring the box down, and open it, we can do that together. In the meantime, it stays in the closet. You live your life the best you can,” shared Kay. 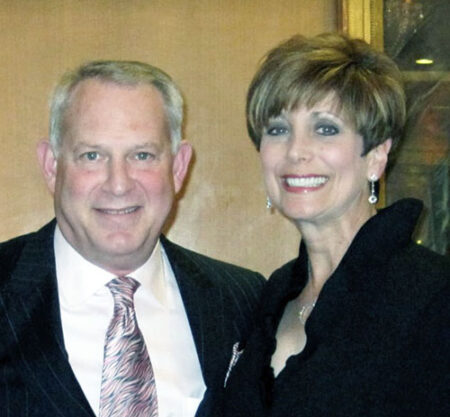 The couple credit their compatibility for the enduring nature of their relationship. They always “liked” each other, as well as loved. “One of Ira’s best qualities is that he makes me laugh every day,” said Kay. Laughter can diffuse almost any stressful situation. Kay said that she often feels guilty about the way GIST has affected their lives over the years. “But Ira just looks at me and says, in sickness and health, baby; in sickness and health. He’s very kind, compassionate and giving. He’s the best person I know.”

Ira shared, “To me, Kay’s always been my very best friend. We’re close, and can always talk to each other. We can say anything. Talk about anything. Kay is amazingly supportive, super smart, wonderfully insightful and intuitive. The best thing about us is that we’re so compatible. It’s like we’re hand in glove. We made a promise to each other when we first got married, that we would always fight fair, never call each other names or say anything we would be sorry for later. We would never have to say, I didn’t mean that. We’re both kind of wired the same way. It’s just hard to take back words. And we’ve lived by that. We’ve never wavered from that.”

Kay recommends the GIST Mentor program for the newly diagnosed, someone who might not have others to lean on, or just to have someone to talk to when you’re going through a difficult phase of your journey. “The Mentorship program is there to hold your hand. You are provided with a safe person with whom you can be vulnerable. When you meet someone dealing with cancer, you don’t talk about the weather. You just dive right into the real stuff. You’re not alone; there is always someone you can talk to that knows what they are going through and isn’t going to judge them or tell them it’s just a pill you’re taking, or I don’t know what the big deal is, you don’t look sick, or what’s your prognosis?” 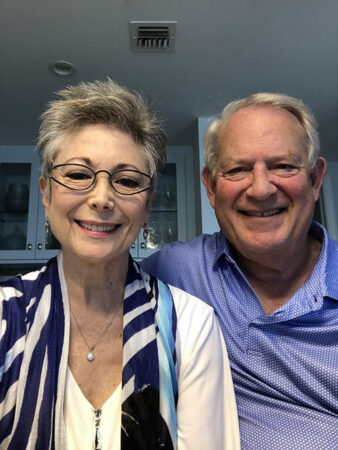 Likewise, Kay said that being a Mentor has enriched her life. “I care deeply for each of my mentees, and get to know them on a very personal level. It helps me connect with people and let them know that after nine years, I’m still here. I think that is reassuring. Every conversation a Mentor has with a mentee is held in the strictest of confidence. The LRG has been immensely helpful and available in getting patients in to see a specialist if someone is facing roadblocks. “They just get right in there and help with connections. I believe I can be the bridge between the LRG and the mentee. If I can’t help, I know the LRG will help get them where they need to be.”

Ira had some good advice for caregivers, and balancing cancer and ordinary life. “I don’t have any magical answers. To me, the best care you can give yourself is to stay the course. You may have setbacks along the way, and you need not get bogged down. This is a long journey, and it’s best to stay calm, focused, and be supportive. I think that when you’re a caregiver, you have to do things for yourself. I try to make plenty of time with my friends. I’m much more of a social person than Kay. I have to be with people, and I plan that. I like to play golf. Kay always encourages me to do those things. I’m very involved with Penn State. I serve on a few committees, and we’ve been season ticket holders for over forty years. That is my happy place. I love being there and seeing old friends. Kay is completely supportive of that, so when I’m able to have time for myself and the things I enjoy, it gives me more energy to be there for Kay. I think the worst thing for us would be to let cancer be all consuming. We work hard to have a normal life balance.”

Kay is nine years NED, exon 11, and on Gleevec. She and Ira are the proud parents of two wonderful sons, daughters-in-law, and two grandsons, whom they miss terribly, and see as often as possible. They split their time between Kansas City and Florida. Still newlyweds at heart, every time they raise a glass, they quietly toast “lovers forever.” Kay has been a GIST Mentor and a Board Member since 2019.

Read other articles from February 2022 Newsletter