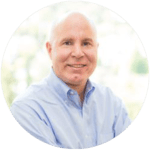 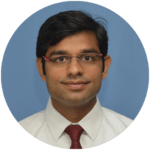 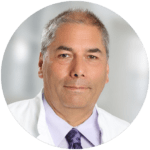 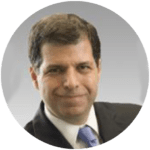 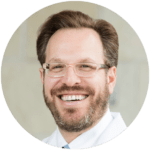 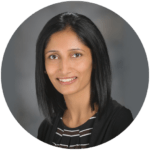 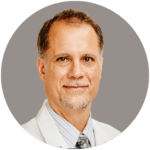 Dr. Michael Heinrich is a medical oncologist at the Knight Cancer Institute and Professor of Medicine and Cell/Developmental Biology at Oregon Health and Science (OHSU) School of Medicine. His research, like much of the work at the Knight Cancer Institute, revolves around a basic, yet complex premise. You have to understand what is broken in order to fix it. That’s why Dr. Heinrich is intently focused on identifying the molecular targets that cause cancer, which is essential to the development of better and less toxic therapies. He is recognized internationally for groundbreaking research discoveries that have improved care for patients with gastrointestinal stromal tumors, and his research has implications for many types of cancer.

Dr. Heinrich’s research includes both preclinical identification of novel molecular targets and testing of new agents in the laboratory and the clinic. This includes both genomics research using high-throughput genotyping to identify oncogenic mutations and testing of new compounds in cellular and biochemical assays. His laboratory is particularly expert in the analysis of inhibitors of oncogenic receptor tyrosine kinases such as KIT, PDGFRA and FLT3.

Dr. Heinrich earned his medical degree in 1984 from Johns Hopkins University School of Medicine in Baltimore. He completed both his residency training and hematology and medical oncology fellowship at OHSU.

Dr. Sameer Rastogi is a faculty member in the Department of Medical Oncology at All India institute of Medical Sciences (AIIMS), New Delhi, a leading tertiary care center in North India. Currently, he is running a dedicated sarcoma and gastrointestinal stromal tumor (GIST) medical oncology clinic in AIIMS New Delhi. His other interests are endocrine cancers and melanoma.

Over the years he has gained extensive experience with GIST and has many GIST patients on treatment currently. His areas of interest are mutational testing in GIST, wildtype GIST and newer medicines including avapritinib and ripretinib. A group of patients who received treatment from him have formed a sarcoma support group called Sachin Sarcoma Society which is currently one of the leading support groups for sarcoma/GIST patients in India.

Dr. Rastogi did his Medical Oncology fellowship at Tata Memorial Centre, Mumbai and has various publications to his credit including articles in prestigious journals. He has received various international awards like the Young investigator Award from SIOP (International Society of Pediatric Oncology) and the Clinical Oncology Society of Australia (COSA) Asia Pacific award.

Dr. Peter Reichardt is Assistant Professor and Head of the Department of Oncology and Palliative Care at the Helios Klinikum Berlin-Buch in Berlin, Germany, and is the Director of the Cancer Center Berlin-Buch and the Sarcoma Center Berlin-Brandenburg.

Dr. Reichardt has led and conducted multiple clinical trials in bone sarcomas, soft tissue sarcomas and gastrointestinal stromal tumours in the adjuvant, advanced, and refractory settings. Dr. Reichardt is a co-author of the current European Society for Medical Oncology (ESMO) guidelines for the management of GIST, soft tissue and bone sarcomas and a member of the ESMO Sarcoma Faculty. He is Chairman of the German Sarcoma Foundation, a member of the Medical Board of the MAX Foundation, and a member of the Life Raft Group´s Global GIST Advisory Team. Dr. Reichardt has contributed to numerous publications on soft tissue sarcoma and GIST management in leading oncology journals.

He trained in internal medicine and hematology/oncology at the University of Heidelberg and at the MD Anderson Cancer Center, Houston, TX, USA. From 1992 to 2007, he was a consultant at the Charité University Hospital in Berlin

Dr. Schwartz is a board-certified medical oncologist and internist and chief of Columbia University Medical Center’s Division of Hematology and Oncology. He is actively involved in translational and clinical research. The lab, which he directs, focuses on the identification of new targeted agents for cancer therapy, especially in the treatment of sarcoma and melanoma. However, these agents are not disease specific and hold promise in the treatment of all solid-tumor malignancies. These laboratory studies allow for a bridge between the laboratory and the clinic, and many of these drugs that originated in the lab are now being evaluated in clinical trials.

His research studies have been supported by the National Cancer Institute, the Lustgarten Foundation for Pancreatic Cancer, the Department of Defense for Breast Cancer Research, the Byrne Foundation, and the Food and Drug Administration. Dr. Schwartz is active in a number of professional organizations, including ALLIANCE for Clinical Trials in Oncology, the American Association of Cancer Research, the American Society of Clinical Oncology, and Radiotherapy Oncology Group.

For several years, he worked closely with the National Institutes of Health and served on a number of NIH review committees. Over the course of his career, he has received many awards, including the Lustgarten Foundation for Pancreatic Research, Jeannik M. Littlefield-AACR Award in Metastatic Colon Cancer and the New York State Teaching Award in the Empire Clinical Research Investigator Program. He was also awarded a K12 award from the NCI for the training of the next generation of physician-scientists in cancer therapy. He involved in the teaching and mentorship of junior faculty and fellows, and he takes great pride in his active participation in patient care.

Dr. Schwartz has also served on the editorial boards of a number of scientific journals, and as associate editor on both the Journal of Clinical Oncology and Clinical Cancer Research. He is the author of nearly 200 papers and 17 book chapters. Dr. Schwartz is a graduate of Albany Medical College Medical School.

Dr. Jason Sicklick is an NIH and FDA R01 funded investigator, Professor of Surgery, Executive Vice Chair of Research in the Department of Surgery, and Co-Leader of the Sarcoma Disease Team at Moores Cancer Center UC San Diego Health.

He is a board-certified general surgeon and surgical oncologist specializing in the treatment of complex retroperitoneal and abdominal sarcomas, including gastrointestinal stromal tumors (GIST), as well as hepatobiliary oncology. In 2016, Dr. Sicklick was named the GIST Clinician of the Year by the Life Raft Group, the largest GIST patient advocacy group in the world. In 2018, Dr. Sicklick was selected as a James IV Association of Surgeons fellow. This highly prestigious international traveling fellowship is designed to promote communication and collaboration in the international surgical community. In 2018 he also received the RARE Champion of Hope in Medical Care & Treatment Award from the Global Genes-Allies in Rare Disease, the largest global non-profit advocacy organization for individuals and families fighting rare and genetic diseases. In addition, he received the 2019 Excellence in Mentoring Award from the UC San Diego Health Systems International.

Dr. Sicklick is an active member of the National Comprehensive Cancer Network (NCCN) Soft Tissue Sarcoma Committee and GIST Subcommittee, and the Trans-Atlantic Australasian Retroperitoneal Sarcoma Working Group, amongst 11 national/international committees he currently serves on. Dr. Sicklick is on the Editorial Boards of Annals of Surgical Oncology, Journal of Gastrointestinal Surgery and Journal of Surgical Research. He has published in prestigious journals such as Nature Medicine, Nature, Gastroenterology, Cancer Research, Annals of Surgery, JAMA Surgery, Archives of Surgery, and Annals of Surgical Oncology.

He is a member of the numerous societies including the American College of Surgeons, Society for Surgery of the Alimentary Tract (SSAT), the Society for University Surgeons (SUS), Surgical Biology Club II (SBC2), the Association of Academic Surgery (AAS), the Society of Surgical Oncology (SSO), American Society of Clinical Oncology (ASCO), American Association for Cancer Research (AACR), and Connective Tissue Oncology Society (CTOS). He previously served a Cancer Liaison Physician to the American College of Surgeons’ (ACS) Commission on Cancer. In addition, he is active on committees in the ACS, SUS, SSAT, AHPBA, and SSO. Dr. Sicklick has been featured in many lay press articles, including stories in ABC News, National Geographic, the Los Angeles Times, and the San Diego Union Tribune. His translational and clinical research focus on molecular mechanisms of GIST, as well as precision medicine approaches to cancer therapy.

He received his medical degree from the UCLA School of Medicine, completed his general surgery residency at The Johns Hopkins Hospital where he was the Administrative Chief Resident, and completed a fellowship in surgical oncology at Memorial Sloan Kettering Cancer Center where he was the Chief Administrative Fellow. He joined the UC San Diego Division of Surgical Oncology at Moores Cancer Center in 2010.

Dr. Somaiah is an Associate Professor of Sarcoma Medical Oncology and serves as Deputy Chair of Sarcoma Medical Oncology in the Division of Cancer Medicine at the University of Texas MD Anderson Cancer Center in Houston, TX. She received her medical degree from Maulana Azad Medical College in New Delhi, India and has trained at St. John’s Episcopal in New York, Drexel University Hospital and Fox Chase Cancer Center in Philadelphia, prior to joining faculty at MD
Anderson. She has thirteen years of sarcoma experience and is board certified in Medical Oncology. Her primary clinicaland research focus is soft tissue sarcomas, specifically liposarcomas and GIST.

Dr. Somaiah currently serves as the Principal Investigator of three investigator-initiated trials and nine cooperative group and industry-sponsored clinical trials at MD Anderson Cancer Center and has in depth knowledge with extensive experience in the design and execution of clinical trials. She also has multiple ongoing collaborations for translational research, both retrospective and prospective, that help improve the understanding of these rare group of diseases and explore the role of immunotherapy as a therapeutic avenue. Dr. Somaiah has been presented many honors for her expertise and contributions to science, including an Exceptional Women in Medicine award and is among the top 1% providers nationally (CG-CAHPS Patient Surveys). In her spare time, Dr. Somaiah enjoys spending time with her family and traveling.

Dr. Trent is currently the Associate Director for Clinical Research, the Director of the Bone and Soft-tissue Sarcoma Group and Medical Director of the Precision Medicine Initiative at the Sylvester Comprehensive Cancer Center at the University of Miami Miller School of Medicine.

Dr. Trent’s interests are in the clinical and translational research of sarcomas, direct care of sarcoma patients, and education about sarcoma. As Associate Director for Clinical Research, his goal is to help Sylvester Faculty develop clinical trials that provide clinically effective and scientifically exciting therapy to cancer patients of South Florida and beyond. The major focus of his clinical, educational and research efforts are with gastrointestinal stromal tumor (GIST), chondrosarcoma, and other sarcomas.

The major efforts of Dr. Trent’s research focus on understanding the mechanisms of action and resistance of imatinib in GIST and other sarcomas while striving toward improved therapeutic options. His work involves the use of novel preoperative/postoperative clinical trials, prospectively acquired tumor tissue, cell lines, archival tissue, as well as collaborations with disciplines such as the genomics facility, surgical oncology, pathology, radiology and interventional radiology.