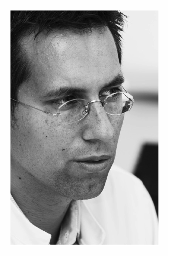 The results of a retrospective study indicated that patients with metastatic gastrointestinal stromal tumors (GIST) who are able to achieve complete macroscopic surgical resection of their disease may be able to achieve long-term survival.

“We believe that this data does not allow an unequivocal recommendation for surgery but that it does support a surgical approach in carefully selected patients, especially with metastases restricted to one organ system,” wrote researchers led by Sebastian Bauer, MD, of the West German Cancer Center, University of Duisburg-Essen, Germany. “The decision for surgery and the procedure itself should exclusively be done in experienced, interdisciplinary teams.”

To date, the role of surgical resection in patients with metastatic disease was largely unknown. Several studies have shown that metastasectomy in GIST is safe, but there may only be a small window of opportunity in which a surgical procedure will have an effect on survival.

In this study, Bauer and colleagues used data on 239 consecutive patients with GIST who underwent metastasectomy and received imatinib taken from the EORTC Soft Tissue/Bone Sarcoma Group. They looked at overall survival and progression-free survival outcomes and examined the data to identify prognostic factors that may help to determine which patients could benefit from metastasectomy. The results of the study were published in the European Journal of Surgical Oncology.

Looking at the rate of surgical resection, the researchers found that those patients achieving complete resection (R0/R1; n = 177) had a median overall survival of 8.7 years compared with 5.3 years in patients with R2 resection (P = .0001). When the analysis excluded those patients who had progressing disease at the time of surgery, the median overall survival for the R0/R1 group was not reached compared with 5.1 years in the R2 group (P = .0001).

“Of course, patients selected for surgery are more likely to have fewer comorbidities, most likely a lower tumor load, better response to imatinib therapy (per se), and have also been treated at high volume centers which may have given them access to more salvage therapies through clinical trials,” the researchers wrote. “These outcome data may therefore only represent our ability to pick those patients for surgery that may have lived longer anyway.”

Overall the researchers wrote that the results of this study do not support the use of debulking surgery as routine care, except for in cases of symptom relief. However, since randomized surgical trials are difficult to complete, retrospective analysis such as this one, “may serve as the only reference for decision-making.”