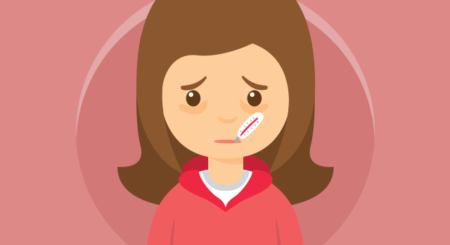 Autumn is here, ushering in the flu season. The flu can be a difficult illness for everyone, but for cancer patients, it can be devastating. Each year, millions of people contract the flu, hundreds of thousands are hospitalized, and thousands actually die from complications. Although there is no way to accurately predict severity and length of the flu season, it is important for GIST patients to receive their vaccinations as early as possible. Flu activity peaks between December and March in the United States.1

The Center for Disease Control (CDC) recommends that cancer patients as well as their close family members be vaccinated by the end of October.

Important information about the flu:

The flu shot is a seasonal vaccine. Each year it is designed to combat strains of flu expected to cause illness in the current season.

Being a cancer patient puts you at at an increased risk of complications, which can include pneumonia, hospitalization and even death.

Choosing to get a flu shot is your best protection against the flu. Always consult your physician before getting vaccinated. There may be certain medical contraindications to being vaccinated.

For the current 2016-2017 season, the CDC recommends that the nasal spray flu vaccine should not be used this year.

Since cancer patients are at increased risk for pneumonia, talk to your physician about the pneumococcal vaccine when you discuss the flu shot.

If you haven’t yet done so, make an appointment for your flu shot today!