By Jessica Nowak|2020-09-18T12:05:00-04:00November 29th, 2016|Events, Newsletter|
The thirteenth annual “Night to Fight Cancer” event to benefit The Life Raft Group’s research programs was an overwhelming success. Held at the Midtown Loft and Terrace on October 13, 2016, the event provided an evening of friendly competition while supporting this important cause. Our Board President and host, Jerry Cudzil, was overwhelmed by the support and generosity that was present that night. Jerry began hosting NTFC in 2004 after his father-in law Bill was diagnosed with GIST. Bill has since passed away, but Jerry continues to hold this annual event in loving memory of him and to help raise awareness and support others with GIST. 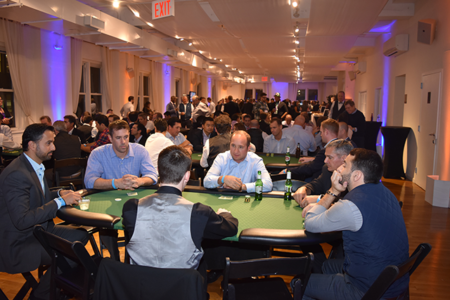 Competition was both friendly and fierce.

Competition was fierce in the poker tournament. The winners of the night were Lauren King, Andre Michaud and Mike Disanto. Mike DiSanto was also the first to knockout Jerry Cudzil in the poker bounty. This is our third year having a blackjack section which continues to become a growing attraction. This year’s winners included Dan Gardella, Brian Iorio, and Meg Hoave.

A special thank you goes out to our corporate sponsors. Our Club Sponsors included Bank of America, Pfizer, RBC, and Morgan Stanley. Our Hearts’ Sponsors included ICE, Investors Bank, Tradeweb, Palermo-Ravich Family Foundation and Laird Landman. In addition, we would like to thank Lyon Carter III who was our beverage sponsor, Michelle Mattioli for donating her photography services, and our awards donors, Murray Rosenthal and Nicholas Chiara.

We look forward to everyone joining us next year. For more information on how to get on the mailing list, email us at dnieves@liferaftgroup.org or visit our Facebook page at www.facebook.com/NighttoFightCancerLRG 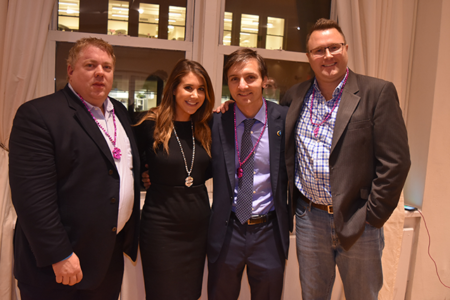 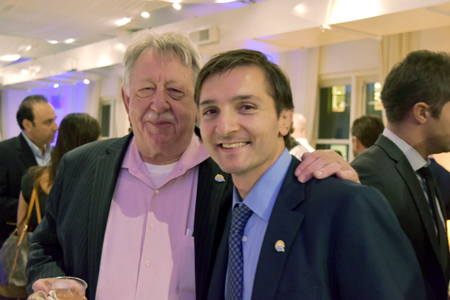