The following article was reprinted from an email alert sent by LegisLink Action Center, a community education service of US Oncology.

On September 16, the Centers for Medicare & Medicaid Services (CMS) broadened the scope of its National Coverage Analysis (NCA) on PET coverage after receiving public input indicating that the current coverage framework which requires cancer by cancer consideration of diagnosis, staging, restaging and monitoring response to treatment should be replaced by a more omnibus consideration. CMS requested comment on whether the current coverage framework should be retired and replaced with a general policy that could be developed and applied to oncologic FDG PET imaging. On October 17, in comments submitted to CMS, US Oncology physicians expressed their belief that it is both clinically appropriate and practical for CMS to adopt a comprehensive omnibus cancer coverage framework for PET. 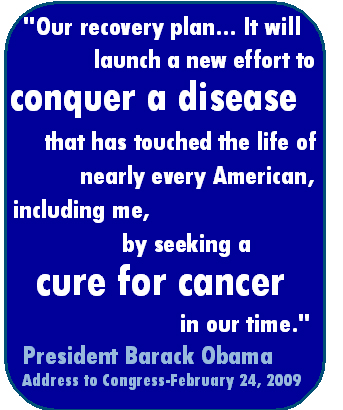 On January 6, 2009, CMS posted a proposed decision memorandum (PDM) for PET that would expand its standard coverage of a number of tumors for certain indications, while maintaining other indications under the Coverage with Evidence Development (CED) category. All patients scanned under the auspices of CED must either be enrolled in the NOPR database (National Oncology PET Registry), as has been the case for the past several years, or be enrolled in another evidence-gathering clinical trial, as outlined in the PDM. CMS would now routinely cover PET or PET/CT imaging for the initial diagnosis or the initial staging of primary brain tumors, ovarian cancer, pancreatic cancer, smallcell lung carcinoma, softtissue sarcomas, thyroid cancer, and testicular cancer, as well as all other solid tumors. All subsequent studies (for restaging or therapy monitoring) in these tumors will still be in the CED category. The one exception is that prostate carcinoma, which had been covered under the CED category for diagnosis, staging, restaging and therapy monitoring will no longer be covered (with or without evidence development) for diagnosis and initial staging, but it would still be covered under CED for restaging and therapy monitoring.

An additional modification proposed in the PDM is to condense the four categories of indications (diagnosis, staging, restaging and therapy monitoring) previously utilized for the approved tumors into just two categories: Initial Treatment and Subsequent Treatment. Under the proposed new structure, only one scan would be allowed in the first category for diagnosis and/or initial staging, while all other restaging and treatment monitoring scans would fall into the second category. In effect, this amounts to a significant expansion of coverage for the tumors most commonly imaged with PET (NSCLC, colorectal, lymphoma, melanoma, esophageal, head & neck, cervical, etc.), because it would allow PET imaging to be performed during therapy for therapy monitoring. Previously only breast cancer was covered (without CED) for therapy monitoring.

Today, US Oncology submitted comments to CMS supporting the coverage expansion in the PDM while requesting additional coverage enhancements that reflect the current standard of care for cancer patients. For example, a number of patients get an initial scan for diagnosis and/or initial staging, but then require a second study, with appropriate positioning, for radiation therapy planning. In US Oncology comments, it is suggested that a second, covered scan (typically a “limited” body scan) be added into the “Initial Treatment” category, when needed, for therapy planning.

CMS is expected to issue a Final National Coverage Determination (NCD) in April.