Researchers and staff from the Life Raft Group and representatives from Mexico’s science and medical community came together to commit to their mission of improving the survival of gastrointestinal stromal tumor (GIST) patients in Latin America.

The Latin American GIST Coalition, initiated by the LRG, met during this three-day event February 2 to 4 in Monterrey, Mexico.

This relationship built upon a foundation that the LRG has in place with top GIST researchers in the United States and Europe. 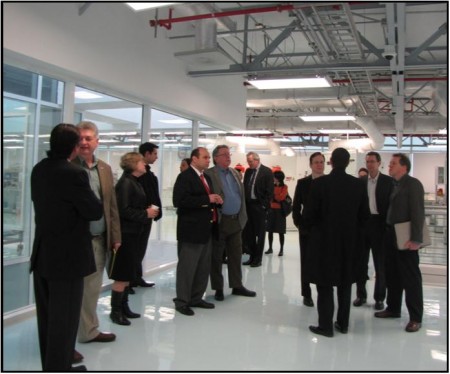 The hope is to increase access to information, treatment, and advocacy for Latin American patients and the medical community.

Special thanks goes to meeting host Rodrigo Salas, the LRG Mexico liaison and a member of both the LRG Board of Directors and the Monterrey Institute’s Board of Directors. Thanks must also go to Monterrey Tech, who provided many meeting support services throughout the week, Synta Pharmaceuticals for support of part of the Research Team meeting, and Novartis Pharmaceuticals for support of the Latin American GIST Coalition meeting.