On November 18, the Life Raft Group’s Board President Jerry Cudzil hosted this year’s Seventh Annual Life Raft Group Poker Tournament at the Midtown Loft in New York City. With over seventy-five guests and ninety-five players, the evening was both sensational and incredibly successful, thanks to all the supporters who competed with each other to play a significant role in finding a cure. The annual tournament launched in 2004 by Cudzil and has become the organization’s most anticipated event of the year. Jerry’s father-in-law, Bill Roth was diagnosed with GIST in 2003 and battled it with immense strength and determination for five years before passing in October 2008 .

Undeterred, Bill’s fight continues through Jerry, whose commitment to the Life Raft Group has helped to achieve tremendous milestones to find a cure for GIST.

The doors opened at six o’clock, where in a matter of minutes, the room quickly buzzed with eager conversations between friends, colleagues, and competitors. With the help of the Long Island Poker & Casino, the tournament began shortly after Jerry welcomed all guests and introduced Norman Scherzer, the Executive Director of Life Raft Group.

As the night progressed, the number of players decreased as each round became increasingly more competitive than the previous. Chips and cards flew around as laughter and disappointed shouts scattered throughout the room. Amongst the last remaining players was Joe Bonavita, who was the first place winner for the last two consecutive years. However hopeful, Bonavita gracefully bowed out with four players remaining.

Finally, the game had come to an unforgettable end with Cayetano Lacroze as a first-time first place winner, who took away the grand prize – a $10,000 seat in the World Series of Poker Main Event in Las Vegas, Nevada. The second and third place winners Henji Cheung and Jonathan Rosee did not walk away empty-handed, but each with the highly coveted Apple iPads.

Raffle tickets were also sold throughout the night, where eight lucky individuals won one strategic blackjack class and six individuals a 21-hour poker course, both held at and donated by the School of Cards, a professional poker school in New York. Thanks to Robert Scherzer, two Yankee tickets were also raffled off to one attendee, and a dinner for four at The Palm, one of New York City’s most revered fine dining restaurants, by LRG supporter Nick Chiara.

The tournament not only raised an astounding $100,000 by the end of the evening, but also offered unique exposure and presented the profile of the Life Raft Group’s work to those who attended. Although most participants did not have cards dealt to their favor, in this evening dedicated to finding a cure, everyone walked away a winner.

A very special thanks must go to Kim Tallau of Innovative Images for once again donating her talent and time photographing the event.

The Life Raft Group is expectant and enthusiastic for the progress to come in the upcoming year and cannot wait to see everyone again at the 2011 annual poker tournament! 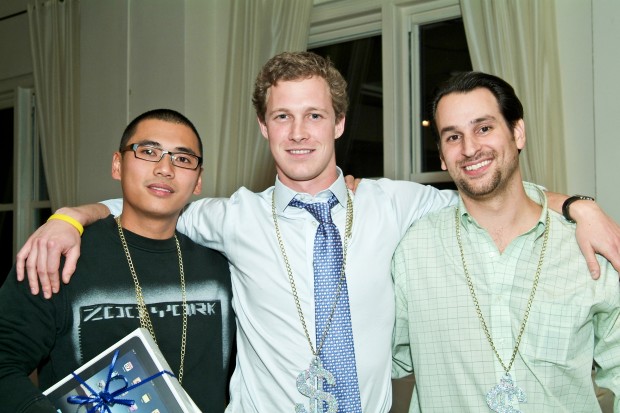