On April 23, 2010, ninety GIST patients, relatives, GIST experts, and representatives of the pharmaceutical industry attended the Seventh meeting of the Swiss GIST group.

As always, it was a unique opportunity for the participants to hear the latest findings about gastrointestinal stromal tumors and their treatment, as well as to meet and discuss directly with the experts. Markus Wartenberg of Das Lebenshaus in Germany excelled as the moderator and the presentations impressed both the participants and the organizers. Simultaneous German/French or French/German interpretation was provided throughout the event. 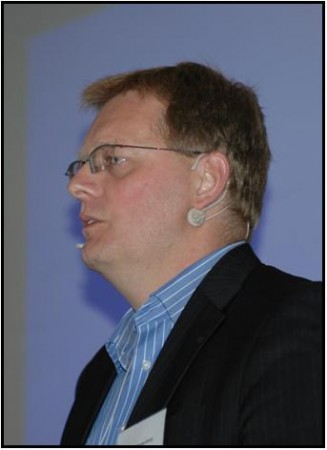 Dr. Michael Montemurro, consultant at the Centre Hospitalier Universtaire Vaudois (CHUV) in Lausanne and medical advisor to the Swiss GIST group, gave an extremely clear lead presentation entitled “GIST 2010: What are the Norms of Today? Which Answers Are We Still Missing?” Markus Wartenberg spoke confidently on GIST and its progression, and Amina Haouala, pharmacist at CHUV, explained the interactions of tyrosine kinase inhibitors with cardiovascular medications.

A very different approach to coping with difficult situations was taken by Dr. Oswald Oelz, mountaineer and former senior consultant at the Triemli Hospital in Zurich. In his thrilling and entertaining presentation entitled “Living and Surviving at the Limit,” he drew analogies between extreme conditions in the mountains and stressful situations in the lives of patients with cancer. Monica Fliedner, an oncology nursing manager at the Inselspital in Bern, covered a current topic that excited a great deal of interest, “Compliance: Why is it so difficult to take tablets regularly? What are patients in co-operating with treatment?”

The final presentation, accompanied by impressive illustrations, was given by Dr. Mark Anliker, consultant dermatologist at the Cantonal Hospital in St. Gallen, who spoke on skin reactions with tyrosine kinase inhibitors.

The attentive audience demonstrated their appreciation for all of the presentations with resounding applause, once more reflecting the high quality of this annual national event.

The first general meeting of the Swiss GIST group then followed, led by Dr. Urs Metzger. This association, to support those affected by GIST, was officially founded in Zug on January 14, 2010. 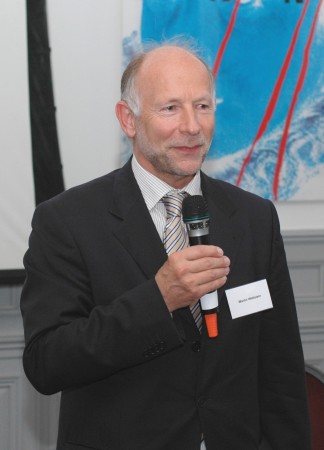 Dr. Metzger thanked Martin Wettstein for carrying out the duties of president of the association and to great applause, Martin Wettstein then introduced himself at his first official function.

Himself a GIST patient, Martin is an engineer with his own consulting agency who lives in Meggen, Canton Luzern. He is married to Claudia, a chiropractor and they have three grown children. Claudia Wettstein is a great support to Martin in his work with GIST. Martin then thanked Helga Meier Schnorf for her dedication and enthusiasm in promoting the lifework of the late Dr. Ulrich Schnorf, which she does in her capacity as member of the board, coordinator, and secretary, and to Dr. Metzger for his work and his support for Helga Meier in founding the association. He also spoke of his appreciation for Dr. Metzger and Dr. Montemurro’s expertise and thanked them for acting as medical advisors to the association. Thanks were also given to Markus Wartenberg from Germany and to the four regional managers, Jürg Forster, Urs Notter, Herbert Blatter and Matthias Merki, for running the regional support groups, as well as to Vito Mediavilla for his help with the website.

Dr. Metzger presented two further Swiss GIST group projects. The main project is the Swiss GIST prize for 2010: The association supporting those affected by GIST encourages all efforts towards the optimal treatment of gastrointestinal stromal tumors. To promote such efforts, it sponsors an annual prize for particular merit. The prize is awarded to individuals or organizations in Switzerland who meet this aim. The prize may be awarded for a presentation, paper, podium discussion, scientifically or socially relevant project, etc. The prize money is 10,000 CHF (9,970.00 USD), a gift from Dr. Ulrich Schnorf, founder of the Swiss GIST group.

A further project is a documentary film by Gabriele Köstler. Ms Köstler is a film-producer and, as the wife of a general surgeon, has a genuine understanding for the subject. 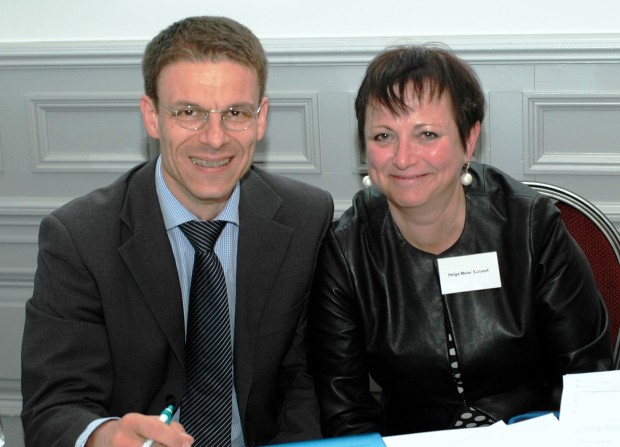