Skip to content
Home/Latin American GIST Coalition, new challenges on the horizon for 2010

Latin American GIST Coalition, new challenges on the horizon for 2010

The year 2010 is gone, an important year for the Latin American GIST Coalition. In 2010 the Monterrey Declaration was signed during the first summit meeting of the group. The group had the privilege of meeting the LRG research team, who works on a daily basis to find the cure for GIST.

The year 2010 was also the year of the creation of more localized groups, such as Argentina, Chile, Colombia and Nicaragua, among others.

Last year also brought new challenges in different countries related to the access of secondline drugs for GIST. We had some cases of patients, who after becoming resistant to Glivec, were prescribed Sutent or Tasigna. This has put into evidence the difficulty in accessing these new types of drugs, either through the social health system or through private insurance. Our representatives in these countries are facing an uphill task to access these new drugs. This fact also demonstrated the lack of adequate treatment for GIST in almost all countries in the region. There are few countries that have a team of doctors who treat this disease in an integral way (family doctors, gastroenterologists, oncologists, pathologists, radiologists).

We have just too many patients in Latin America who do not receive adequate advice about drug regimens and how to fight side-effects. We have just too many patients in this region, almost all, that do not know their mutation type. This is so important when it comes to defining the type of treatment, the correct drug dosage, the most adequate second- line drug according to the type of mutation, etc.

All of these issues are important. They could make a difference in the rate of survival for GIST. The evidence is clear: Patients in Spanish speaking countries lose the battle before patients in countries where access to information is more likely.

What can we do?

First, we have to realize that GIST is a rare disease and that because of this, most oncologists around the world will never have the chance 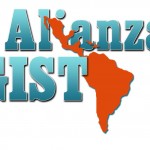 to see one case of GIST. For the same reason, we should not expect that an oncologist that has one or two patients with GIST will know much about the disease. This is where we, as patients & caregivers, as an organization, should step in. As an organization, we should reach out to more patients, doctors and health centers in order to help them access information.

As patients and caregivers we should realize that we have to be in charge of our treatment. We have to be in control. This means that we have to use the strength that information gives us, the courage to ask our doctors for the treatment we deserve and ask the insurance companies for the drugs we need, drugs that can extend our lives. We should not be afraid to inform the doctors about the next step.

Second, we can contribute to research in more than one way. To find the cure for a rare disease like GIST, researchers need tissue samples to perform different tests. Donating tissue is easy, and by donating, we will receive at no cost the mutation results.

Jeroen Pit, a Dutch patient who recently donated a large amount of money to the LRG research team commented in the LRG October newsletter: “Why are we so passive? If everyone sits still, not much is going to happen… If GIST cases in the US range from 5,000 to 10,000 diagnosed a year, and 10,000 people donated just ten dollars a month, we would have 1.2 million dollars a year for GIST research.”

This is another powerful way to contribute, by donating small amounts of money. If we as patients cannot afford this, we probably know people that are willing to donate some money for research.

We all want to find the cure. If we cannot donate money, dear friends, let’s donate tissue!