The Food and Drug Administration, in a much-anticipated announcement for Gastrointestinal Stromal Tumor patients, approved Bayer Pharmaceutical’s drug, Stivarga, for use as a third-line treatment for advanced GIST in February.

Stivarga (regorafenib) is a multi-kinase inhibitor that blocks several enzymes that promote cancer growth. It is now the only FDA-approved third-line treatment for patients who find that the first-line treatment, Novartis Pharmaceutical’s drug, Gleevec, and the second-line treatment, Pfizer’s drug, Sutent, are no longer effective in battling GIST.

“This announcement by the FDA is great news for advanced GIST patients,” said Norman Scherzer, executive director of The Life Raft Group. “It means they now have a new option for treatment until our Research Team finds a cure.”

Stivarga was reviewed under the FDA’s priority review program, which provides an expedited six-month review for drugs that may provide safe and effective therapy when no satisfactory alternative therapy exists, or offer significant improvement compared to marketed products. The drug was also granted orphan product designation because it is intended to treat a rare disease.

Approval of Stivarga was based on the results of a large multinational trial that recruited GIST patients very quickly, requiring only eight months to enroll nearly 200 GIST patients. Importantly, benefit was seen in multiple subtypes of GIST. The primary endpoint of the trial was progression-free survival (PFS). The median PFS of patients on Stivarga was 4.8 months compared to 0.9 months for patients on placebo. This PFS time compares favorable with the PFS time of Sutent given as second-line therapy. Because patients that progressed on placebo were allowed to cross over to receive Stivarga, there was no significant difference in survival between those that started on Stivarga and those that started on placebo. 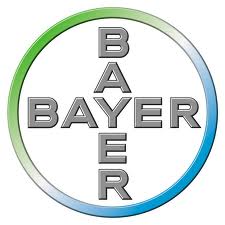 Among the possible side effects noted in the trial were liver problems, hypertension, hand-foot syndrome, fatigue and diarrhea.

Dr. Michael Heinrich of Oregon Health & Science University, a GIST specialist and member of The Life Raft Group’s Research Team, said: “I am excited that Stivarga (regorafenib) has now been approved by the FDA. I have personally seen very good results using the drug to treat patients whose tumors are resistant to Gleevec (imatinib) and Sutent (sunitinib). Besides providing hope and an effective new treatment, the approval of Stivarga will also help encourage other drug companies to continue to develop new drugs to treat GIST.”

Richard Pazdur, M.D., director of the Office of Hematology and Oncology Products in the FDA’s Center for Drug Evaluation and Research, said Stivarga “provides an important new treatment option for patients with GIST in which other approved drugs are no longer effective.”

Last September, the FDA approved Stivarga to treat patients with colorectal cancer that has progressed after treatment and spread to other parts of the body.