Radiation therapy revisited as an option in GIST treatment

[box style=”quote”]“It was my only option at that point,” said Matsick, who lives north of Philadelphia. “And it seems to have been successful.”[/box]

The tumor is shrinking, and Matsick said the main side effect was two to three weeks of “substantial fatigue.” 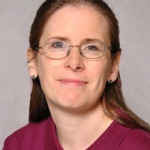 His oncologist, Dr. Margaret von Mehren of FCCC, said radiation therapy is being revisited as an option for some GIST patients when medications fail. Indeed, there is an ongoing clinical trial in Helsinki, Finland, “Radiation Therapy as Palliative Treatment of GIST,” led by Dr. Heikki Joensuu at Helsinki University Central Hospital. You can read more about this trial here.

The trial outline states that “GISTs are generally considered resistant to radiation, but no prospective trials addressing efficacy and tolerability of radiation therapy have been carried out. Limited clinical experience suggests that selected GIST patients may benefit from palliative radiation therapy. “

Dr. von Mehren said there is a role for radiation therapy, particularly for controlling serious symptoms.

[box style=”quote”]“Before (GIST drugs) came out, some patients were treated with radiation and some did well,” she said. “Then it kind of fell off the radar screen. My experience has been in large part with patients with rectal tumors where bleeding was a serious problem. The radiation therapy was used as a way of controlling the bleeding.”[/box]

She said Dr. Joensuu deserves credit for taking a closer look at radiation therapy and that she is eager to see the results of his clinical trial. She 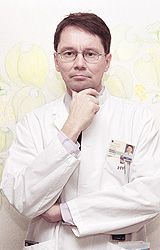 said she followed the trial’s guidelines when treating Matsick, who had exhausted his medication options and was faced with a tumor pressing against his bladder.

The main downsides of radiation therapy are the potential long-lasting damage to organs near the tumor and possible impact on blood counts., she said.

That is why improving technology for delivering radiation therapy may make the treatment a more possible option.

One of those technologies is CyberKnife, which uses a robotic arm to deliver the dose.  Dr. von Mehren said “I don’t know if that’s better than the other methods of delivering radiation.” She said though she hasn’t had patients use the method, but anectdotal information seems to tell her methods such as that used on Matsick work just as well.

Based on the success of his first radiation treatment, Matsick said he is going to have a second round of radiation therapy, this time on liver tumors, beginning next week.

He praised FCCC’s Dr. Joshua Meyer, the radiation oncologist who did the first procedure. “If you’ve got the right person, and the right device, it can be effective,” he said.