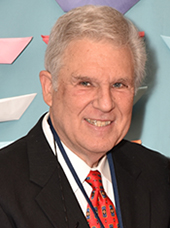 Back in 1969 the New York Mets, a struggling team at the time, pulled off one of the most amazing comebacks in baseball.

You could say that Jeff Davis, LRG member and state representative for southwest Florida, has much in common with the “Miracle Mets.” He has made quite a comeback after a harrowing journey before finally receiving a GIST diagnosis and the treatment he needed to be restored back to health.

Jeff’s GIST journey started in January of 2013, when he sought medical attention for fatigue, weakness and abdominal discomfort.

He was no stranger to medical issues. Jeff had battled prostate cancer, and had gone on Disability in 2008 due to myasthenia gravis (A chronic autoimmune neuromuscular disease of the skeletal (voluntary) muscles of the body). This time, though, he was to face a long and life-threatening series of delays in diagnosing GIST, which eventually led him to the treatment that would restore his health.

Seen by a GI specialist, Jeff underwent a series of colonoscopies within a year, having had several pre-cancerous growths removed. He became severely anemic, and was placed on a regimen of iron pills, which garnered slight improvement.

In September of 2013, he was rushed to the emergency room, and required multiple transfusions due to internal bleeding. In spite of a series of tests (but no CAT scan), no definite reason was found. He was referred to a hematologist at an oncology center, where he received iron infusions. His hemoglobin levels somewhat improved.

Three months later he stopped the iron infusions, but in January 2014, he was still weak. He received more iron treatments, and finally returned to the GI specialist. A CAT scan was finally ordered. In February 2014, a mass was found in his abdomen and he was then scheduled for a consult at H. Lee Moffit Cancer Center.

Later that month, Jeff ended up in the ER. He couldn’t keep food down, and had become severely dehydrated. After being released, he was called back in for an additional CAT scan, which showed blockage in his intestine. He was admitted to clear the blockage, and was also diagnosed with pneumonia. This was a low point for him.

Finally, in March of 2014, Jeff met with a surgeon at Moffit, who gave him the bad news that the tumor was inoperable: it was too vascular and was wrapped around the small intestine. His cancer had also metastasized to the liver.

But the physician finally gave Jeff some good news. Although the diagnosis was GIST, there was a treatment that had proved effective on his other patients: Jeff was placed on 400 mg of Gleevec.

Jeff did experience side effects, which included loss of appetite, skin rash, and sleeping difficulties. When he became severely depressed, he knew he needed help. He joined a cancer support group at a local hospital, and eventually was put in touch with another GIST patient, who shared that her daughter had found the Life Raft Group online. Jeff googled the LRG, and registered as a member in late spring of 2014.

He lost 50 pounds between March and September, but after only two months, the tumor had shrunk by 25 percent. By his next visit, it had shrunk by 50 percent, and the spots on his liver had disappeared.

Having become informed through his contact with the Life Raft Group, Jeff recognized the importance of mutational testing, requested that it be done, and discovered he was Exon 11. He decided he wanted to see a GIST specialist, and found Dr. Jonathan Trent of Sylvester Comprehensive Cancer Center. When he consulted with Dr. Trent in December 2014, he found that there continued to be shrinkage, and he remains on his 400 mg dosage of Gleevec.

Today, he feels 100 percent better than he did a year ago. He attributes this to his positive attitude, strong will and support system headed by his wife, Adrienne. They will celebrate their 47th wedding anniversary this coming August. He is also grateful for the support of fellow GISTers in the Life Raft Group, and his family and friends.

A graduate of the GIST Expert Training course, Jeff decided to volunteer as an LRG state leader because he felt the skills he developed through careers as a sales manager, teacher and financial advisor could be utilized in this role to help others. He would like to help others avoid the misdiagnosis that took 15 months of his life before receiving a proper GIST diagnosis.

His advice to newly diagnosed patients is straightforward: Seek out a GIST expert, join a support group, don’t be afraid to ask for help from friends and family, and don’t give up hope.

Jeff is a fan of miracles. “I get up every morning with one thought in mind: We’re one day closer to finding a cure for GIST.”