Study Indicates Use Of Adjuvant Imatinib Therapy For GIST Increasing 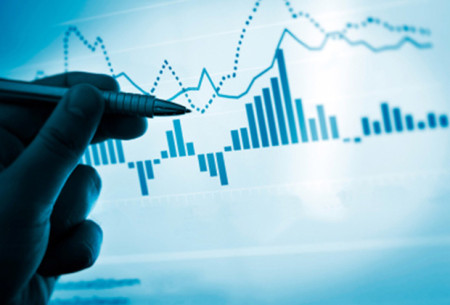 A recent study published in the American Journal of Clinical Oncology found that the use of adjuvant systemic therapy with imatinib for GIST has increased significantly over time, and that patients treated with the therapy have better survival rates than those treated with surgery alone.

Since the discovery of imatinib (Gleevec), treatment for gastrointestinal stromal tumor (GIST) has changed. Survival statistics have shown better outcomes for those treated with adjuvant Gleevec. Therefore, the use of imatinib as a treatment modality for GIST has increased over time.

The study, led by researchers from the American Cancer Society, analyzed data from the National Cancer Data Base, reviewing 4,694 patients with localized GIST who had been diagnosed between 2004 and 2011.

Led by Dr. Helmneh Sineshaw, MD, MPH, the researchers discovered that the use of adjuvant therapy had increased by more than double between 2006 and 2011, with a decrease in 2011.

Findings indicate that patients who underwent adjuvant systemic treatment had a 46 percent lower risk of death than those treated with surgery alone.

Prior Study by LRG

Additional trials have also dealt with the issue of adjuvant treatment with imatinib, including those where LRG Research members were participants.

A randomized clinical trial sponsored by the ACOSOG (American College of Surgeons OncologyGroup) in 2014 included participation by Dr. Chris Corless, member of the LRG Research Team. This study found that one year of adjuvant imatinib was able to prolong recurrence free survival after resection of a primary gastrointestinal stromal tumor (GIST). Further clinical trials have indicated the benefit of three years of adjuvant treatment. Although there has not been a definitive study to determine the benefits of adjuvant treatment for more than three years, we have seen patients that derived benefit from continuing adjuvant treatment for a longer period of time. We would like to see a clinical trial in the future to determine the benefits.

More about this study can be found on our here.

As new treatments develop for GIST, it will be vital to continue these types of studies to help physicians and patients in their treatment decision-making process.

It will be important to identify populations who are not being treated with these lifesaving drugs, and to find ways to disseminate this information to them.

We at the LRG hope that more trials like this one will occur in the future, and will be sure to update you with ongoing information.

A summary of the study can be found here.