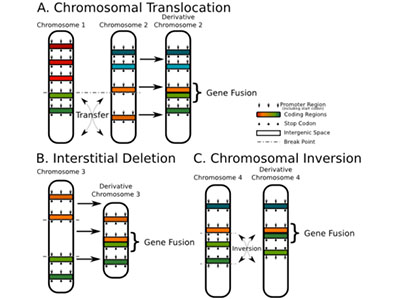 A recent study published in the Journal of Translational Medicine, presents important research findings for the 10-15% of GIST patients who lack mutations in KIT, PDGFRA, SDHX or RAS pathway indicators, the primary oncogenic drivers of GIST. Although in the early stages, this holds hope for patients in this rare subset usually referred to as “Quadruple Wildtype GIST” for future targeted therapies.

Researchers at the University of California San Diego School of Medicine and Moores Cancer Center have identified new gene fusions and mutations connected to this group of patients.

The study expanded the knowledge base on Wildtype GISTs, suggesting that seven genes, ARID1B, ATR, FGFR1, LTK, SUFU, PARK2 and ZNF217, appeared to be more commonly altered in this subset. Several of these genetic alterations may have therapeutic significance, as they may be targetable with already FDA approved drugs. Of special significance are the alterations found in FGFR1 and ETV6–NTRK3 gene fusions. The latter responded to TRK inhibition.

According to Jason Sicklick, MD, associate professor of surgery at UC San Diego School of Medicine and surgical oncologist at Moores Cancer Center,“This will allow for a more personalized approach to treating GIST patients.” Sicklick was one of the investigators in this study, which used broad genomic sequencing of GIST patients who did not have one of the primary documented mutations.

As these new biomarkers are discovered, testing of patients’ tumors within these rare subsets will become even more important. With a greater number of actionable biomarkers, the pool of “wildtype” patients will become smaller, with more subsets of GIST being treatable with targeted therapies.

A link to the study can be found here.