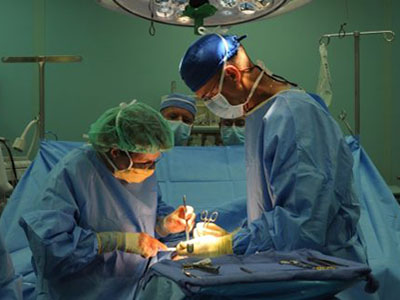 A recent report from the National Institutes of Health Pediatric and Wildtype GIST Clinic, published in the Journal of Clinical Oncology suggests that surgical resection for wildtype GIST should be restricted to the initial procedure.

The study evaluated 76 participants, with a median follow-up of 4.1 years. Tracking the effect of resection on event-free survival (EFS), it was determined that avoidance where possible of repeated resections was preferable, as among patients with wildtype GIST, the disease course “depends more on mitotic rate and pre-existing metastases than on the extent of surgical resection.” 1

Although wildtype GIST tends to have a longer period of indolence and may be less aggressive than its adult counterpart in the short term, it does tend to progress or recur despite subsequent resections.

This does not serve as a “one-size fits all” recommendation. In fact, with patients that have advanced disease, surgery for the relief of symptoms such as pain, bleeding, perforation, obstruction or other clinically significant issues should be considered. When surgery is necessary, the study recommends minimizing the extent of resection whenever possible while still being able to obtain negative gross margins. Each individual is unique, and therefore medical professionals need to evaluate all clinical manifestations.

In fact, although the study suggests a cautious approach to surgical interventions, surgery is still the cornerstone of non-metastatic wildtype GIST. Initial surgery is not only crucial to controlling disease progress, but is also vital to obtaining tissue for pathologic analysis and diagnosis via genotyping.

The full study can be accessed here.