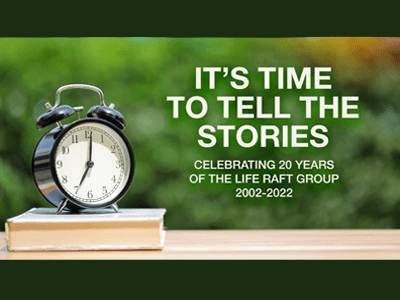 Hello folks, I had stomach issues late last year. I went to my primary doctor and he prescribed laxatives. Clearly that didn’t work. Took myself to a gastroenterologist and when she felt my stomach she said get to the hospital right away.

Since that moment my entire life changed.

I retired after 27 years in business and my wife and I are now building a house in Arizona while currently living in California. In the emergency room, they did a CT scan. In the waiting room they came out and got my wife and myself, took us to a small room and closed the door. Now, my heart is pounding and my wife begins to cry. They tell us it looks like I’m full of cancer in the abdomen and there’s nothing they could do. They offered to send me to City of Hope which is very far from my house.

Then a tall doctor from Nigeria saw my films. He wanted the case. He came in to see me and said I had a 50/50 chance. If he could remove it he would, if not I would go to City of Hope, probably to die. I took the 50/50 odds and two days later I was on the table. You guys know the so-called table. Looks more like an ancient torture device. After seeing that thing I would have given up all the secrets, pin numbers and anything else they asked for. Seriously though it was my first surgery and I was scared out of my mind.

Four and a half hours later I woke up and asked the nurse “Did he get it all?” She whispered “Yes, he did”. The next day he told me it looked like a benign tumor and not to worry about it. It was 25x17x11 cm. Yes, that big! What a relief.

A few weeks later I get a call from an oncologist who told me my benign tumor was GIST. A what? And not only that they think it spread to my right lung and liver and I needed to go see an oncological surgeon. Oh boy. Re-queue the panic button. Now I’m in the surgeon’s office and he rolls over on the little stool and proceeds to tell me and my wife, “I’m going to do everything I can to save you.” WHAT??? You mean I was dying, then I wasn’t, now I’m dying again? He continued, “Well, Mr. Prestage, in order to do surgery on your liver we have to first fix what’s called a PFO (patent foramen ovale). In other words, you have a hole in your heart.”

So, it’s off to Scripps Memorial Hospital in La Jolla to have that done the day after my son’s birthday 6/17/22. That being successful it’s back to Loma Linda for a dedicated CT and MRI Chest abdomen and pelvis. After all that, the thing on my lung had ¬disappeared and the liver spot was just a birthmark. No new surgeries! But the stress I was under for a month thinking I’m going back to…the table! Thank God I was spared the opportunity to relive that horror.

Jump forward to August 8, 2022 – the day before my 55th birthday and I’ve been suffering from intense panic attacks that make work and even household tasks almost impossible. My oncologist took me off imatinib because it had to be changing me in some way. So now I’m worried about the tumor coming back because I’m off the medicine. To put a cherry on top of this sundae of a story my house in Arizona which isn’t quite done but I have to be out of my house the following Saturday. I drive 6.5 hours with my dog and cat to an Airbnb for two to three weeks in Prescott (Arizona), I don’t even like driving to the store right now. I have to stay there with no doctors or even insurance. No permanent residence, no insurance. The good news is that God has been with me every step of the way. Without Him I would not be here. I know I have a purpose and I know you do too. Never give up.

Update September 2022: I’m in my house in Arizona. I have insurance again and I have been to a GIST specialist at MD Anderson in Gilbert, Arizona. He liked the outcome of my surgery and said my surgeon did a fantastic job. Unfortunately my stomach is starting to protrude again for some reason and it has me worried. My three month scan on June 20th was clear. I have another on October 6th and I’m praying it will also be clear. I’m simply not able to take the imatinib. It destroys my nervous system and causes panic attacks. Today they’re not as bad but I have to take Xanax to control my heart rate and numbness/tingling in my face, leg and left arm. Friends, for us everyday is a gift. Open it. God Bless you all.

Learn more about the Time To Tell The Stories details & activities here.