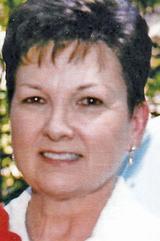 Betty Hayes Arnett went to be with our Lord and Savior Tuesday, Feb. 28, 2012 at age 64, after a long and courageous battle with cancer. She was born Aug. 23, 1947 to Ruel and Mattie Hayes in Corsicana, Calif. She was a beloved mother, grandmother and wife. She was a longtime member of Missionary Baptist Church of Corsicana.

Betty worked at Southwestern Bell for many years before graduating from Navarro College with a degree in Occupational Therapy. She worked at Heritage Oaks Retirement Center in Corsicana and Trinity Nursing Home in Italy. She was a lady of deep Christian faith and was devoted to her family. She was so proud of all of her children and grandchildren.

An online guestbook is available at www.corleyfuneralhome.com by selecting the Betty Arnett obituary