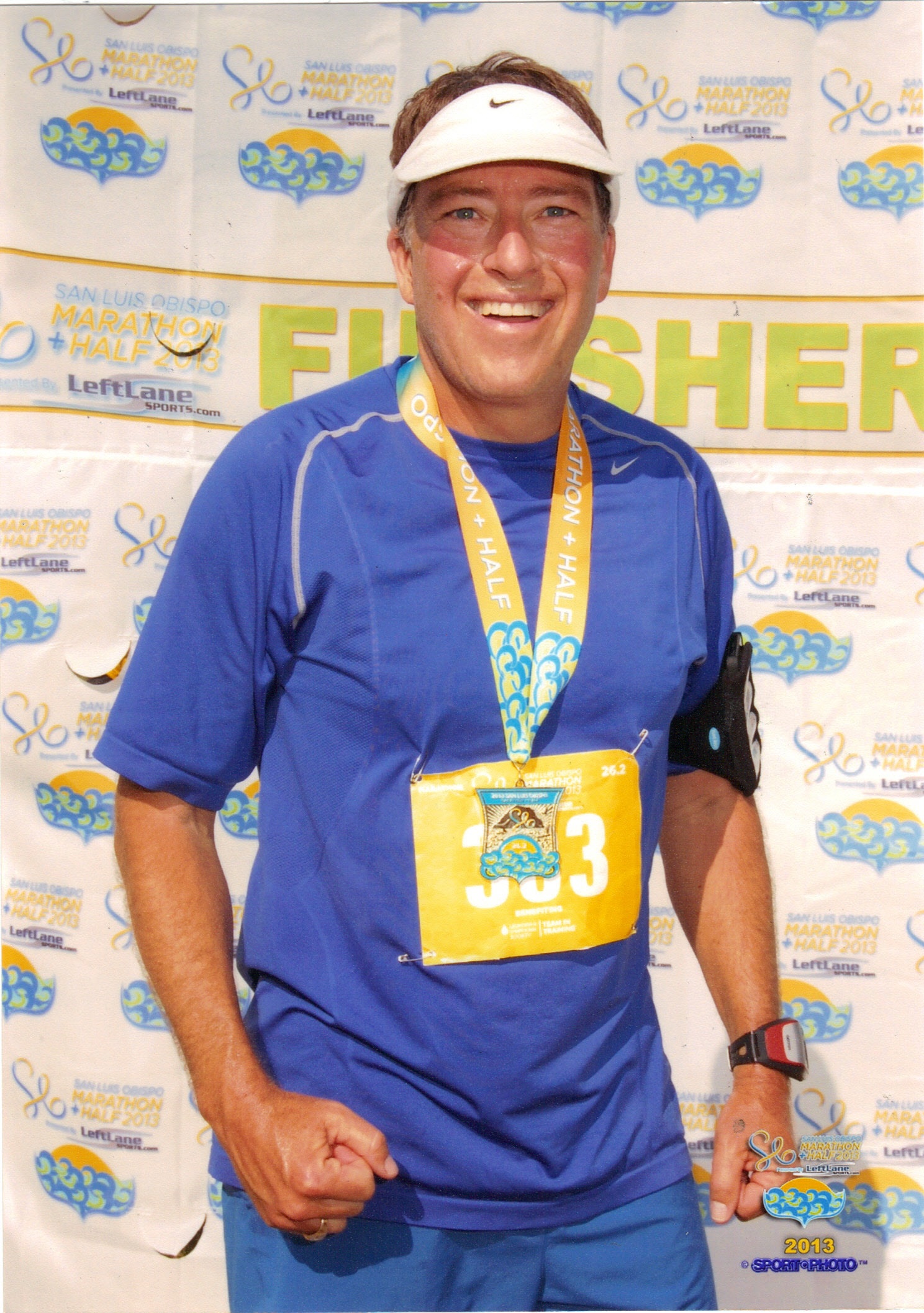 When Chris Skiff was in elementary school, he “felt the urge to run.” And he has been running ever since. Even after being diagnosed with GIST.

The 50-year-old father of five children recently completed his 10th marathon in San Luis Obispo, California, with an amazing time of 3:59, one of his best times ever. His inspiring story attests to the value of exercise for those living with cancer.

“You don’t have to be a marathon runner to get the benefit of exercise,” he says. “It really does help to moderate symptoms.”

Running has always been a part of Chris’s daily routine. He ran competitively in high school and continued running while attending UCLA, where he graduated with honors.

Chris develops and owns Senior Assisted Living centers in California, including The Manse on Marsh in San Luis Obispo.

Before being diagnosed with GIST, he had competed in eight marathons. Then, when he was told he had cancer, his first reaction was, “Geez, I’m going to die.“ At the time, his wife, Laura, was expecting her third child and they had just finished adopting the second of two children from Russia.

Chris was concerned about the future of his family and thought “my running days are over.”

But he was determined to move forward. “I had a lot of trouble running at first while on Gleevec, but I could tell running was helping me to have more stamina. I knew training would be long and hard, ” he said, but Laura gave him “the extra nudge” he needed.

He credits the support of his wife and others.  “I’m thankful for the Life Raft Group (LRG) for the information they gave me and the access to professionals,” he said. He said the LRG played a crucial role in “helping me ask the right questions.”

His oncologist, Dr. Michael Heinrich, a member of the LRG’s Research Team, surprised him one day last year by giving him the go-ahead to stop taking Gleevec. “I had been expecting to stay on Gleevec a long time,” Chris said. “He reviewed the studies and said I was in good shape and that we could discontinue with strong surveillence.” Chris will go for a CT Scan every six months.

He had previously done the unthinkable, running a marathon while on Gleevec. “I wanted to see if the body could take it,” he said. In that marathon, he posted a time of 4:45.

He ran the same course this spring in San Luis Obispo, a year later, “to compare how I would do while off Gleevec.” And he trimmed over 45 minutes from his time.

Chris stays busy operating the Assisted Living centers where, as his website says, “on any given day, you just might see (him) happily interacting with residents.” But he still makes the time to be an active member of the LRG’s email community, checking “on a daily basis.”