It has been a long journey since that day Melinda and I walked out of my Dallas oncologist’s office in May, 2000 knowing that I had a rare, then untreatable cancer. Now, it has been fifteen years: years that allowed me to see the birth of grandchildren, the marriage of a daughter, the incredible growth and success of the Life Raft Group and to experience thousands of daily joys that enrich our lives. Thank you Gleevec, thank you George Demetri, thank you Life Raft Group and, most of all, thank you Melinda. 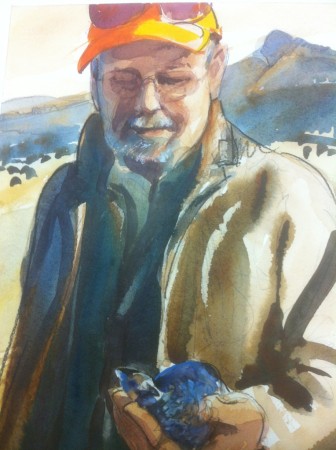 My story probably isn’t much different than the stories that many of you have to tell. The only difference, perhaps, is that my story has lasted a bit longer. I was diagnosed in May, 2000 with a tumor the size of a cantaloupe sitting on top of my stomach, a tumor that had metastasized to my liver and a few other organs. The diagnosis was followed almost immediately by surgery and the absolute worst possible conversation with my oncologist: “I’m sorry John. We couldn’t get it all. Your liver is riddled with GIST. You have one, maybe two years to live.”

I walked out of that office determined to fight. I did my homework, and through ACOR, learned of an obscure, unpublicized Phase II Clinical Trial for STI-571 at Dana Farber Cancer Institute. I self-referred and met Dr. George Demetri for the first time in July, 2000. The drug was in very short supply, largely because of its success in treating CML, so George told me to go home and wait and pray that the drug would be available in time.

By August, my tumors were growing. By September the situation was critical. I didn’t have much time remaining when I received the much awaited email from George: “John, please report to Dana Farber on October 4 to begin treatment with STI-571.” I reported to DFCI as instructed, full of hope, and at the same time, anxiety. Within 30 days my tumors began to shrink. Now, here I am fifteen years later still kicking.

That’s the short version of the story. The long version includes: two researchers having a beer at ASCO in 1999 and discussing how STI-571, a drug to treat CML, might work for GIST; a patient in Helsinki, Finland (Patient Number One) refusing to give up and convincing Novartis to create a Phase I trial with one participant; George Demetri and Chris Carley (a fellow LRG board member) calling Chris’s brother at the Wall Street Journal and convincing them to threaten Novartis with unfavorable publicity if more drug wasn’t made available for GIST; and finally, a group of highly motivated patients and caregivers forming an email list of Clinical Trial Participants (thank you Norman) that later became the Life Raft Group.

The more important story, and question, is this: What’s it been like living with GIST and Gleevec for over fifteen years?

The first five years were the toughest. No one really knew how long STI-571, later Gleevec, would work. The mortality rate among the Phase II participants was troubling. Some didn’t make it a year; others, two or three years. After five years, we had lost too many friends, too many to name but not too many to remember, especially the ones who were active in the LRG. Thus, every trip to Dana Farber was a much anticipated and much dreaded adventure. “Scanxiety” became a too frequently used word in our family vocabulary.

I remember distinctly in 2004, a little less than five years after I started taking Gleevec, learning of the death of yet another friend. The company where I worked had just been bought by a Private Equity firm and they had offered me a very good position with the new company. I looked at my options. Based on what was happening to my fellow GISTers, I had no idea how much longer the drug would work, how much longer it would be before these tumors of mine learned to resist Gleevec. Melinda and I talked about it, and I declined the job.  I wanted to work less, spend more time with my family, maybe knock a few items off my bucket list and make the best of however much time I had left. Time is the only truly priceless asset. Turns out, I had a lot more time than I expected.

I also remember that first year, when everyone was concerned with side effects. I recall an LRG board meeting around 2001. We were discussing side effects such as diarrhea, nausea, fatigue, and swelling when Melinda said, “You are leaving out a very significant side effect.” We all looked at her expectantly, waiting to hear about this heretofore unreported condition.

She slyly smiled and said, “Gleevec must make you nice, because John sure has been easier to live with since he started taking it!”

Not so surprisingly, she was correct. Cancer, and the miraculous arrival of STI-571 just in time to save me from certain death, had changed me. I won’t admit that I was suddenly nicer, but I will admit that my whole approach to life had changed, as I am sure it has changed for most of my fellow GISTers. I now take nothing for granted. I do my best to appreciate every day as a blessing, and I certainly have more empathy for others who face life threatening challenges. So, yes, I’m probably a nicer person today than I otherwise might have been. Once again, thank you Gleevec for giving me that chance. 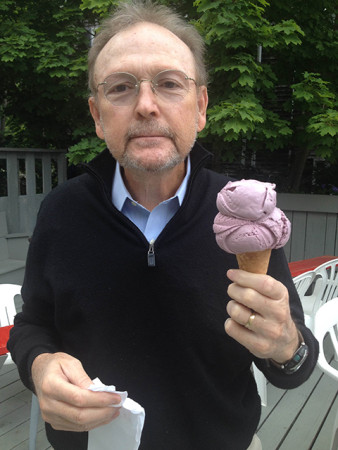 Here’s some very important advice to GISTers: show your caregiver some very deserved and hard-earned love. Frankly, I would be dead, even with Gleevec, without Melinda. I simply cannot list the innumerable times that she has spotted some aberration in my routines and said, “You don’t look good, you need to go get a B-12 shot or go get a Procrit shot or slow down and get more sleep.”  She also feeds me well. It is simply impossible to express too much gratitude to the loved ones that surround you and keep you going. It has always been my observation that cancer is harder on loved ones than it is on the patient. Remember that.

Here’s another very important piece of advice: take care of your kidneys. We already know that Gleevec is hard on our kidneys, but so are CT scans and diarrhea and the resulting dehydration. Even if it is your first week on Gleevec, make friends with a nephrologist. My creatinine levels had been slowly, and consistently growing higher every month since I started taking Gleevec until about a year ago when I took action. First, we eliminated contrast from my CTs. I also started making a point of staying very hydrated which is hard, because I have only half a stomach and don’t really enjoy liquids (except for wine, vodka and coffee!). Finally, I started seeing the nephrologist and monitoring my blood on a monthly basis. This all led to regular Procrit shots, which mitigated my chronic anemia resulting in much higher energy levels. I was motivated to this new awareness of my kidneys because about a year ago one of my kidneys started hemorrhaging. I was hospitalized, got pneumonia and an infection and almost died. Your focus is GIST, but take good care of your organs, especially your kidneys.

Probably one of the greatest gifts that fifteen years of survival has given me is the opportunity to witness, and to some extent participate, in the unimaginable growth and success of our Life Raft Group. I remember the early days and the debate over whether we should become a 501(c)3, whether we should engage in fundraising, hire staff, sponsor research. Unfortunately, some of these debates were fought with great acrimony, but in my opinion, we have steered along the right path. Most of the credit goes to Norman – in fact, it would be impossible to overstate how much he has contributed, how much his leadership has meant to our group. Thank you, Brother. You have done well.