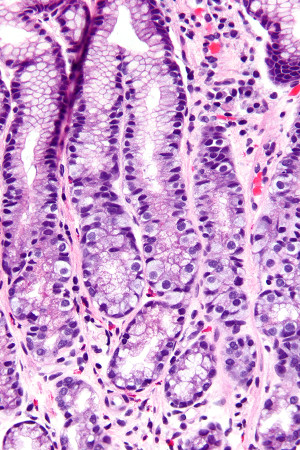 A recent study published in the JAMA Internal Medicine reports a link between the use of proton pump inhibitors (PPIs) and an increased risk of kidney disease. More research is warranted to show PPIs as a definitive cause.

The study, conducted by Johns Hopkins researchers and involving over 250,000 people, involved examining the medical records of two groups of people: 10,482 participants in the Atherosclerosis Risk in Communities (ARIC) study, and 248,751 patients in the Geisinger Health System in Pennsylvania. Conducted over a 13-year period, it compared PPI users to those who used other types of heartburn medications called H2 receptor antagonists (Zantac, Tagamet and Pepcid, among others).

The use of PPIs was associated with a 20 percent to 50 percent higher risk of developing chronic kidney disease. The use of the H2 receptor antagonists was not.

Caution should be advised as the population studied was also more prone to additional contributing factors such as obesity and other conditions such as diabetes, but the link still was apparent when researchers accounted for those issues.

The study is significant, as an estimated 15 million Americans use these medications, in both prescription and over-the-counter forms under a variety of brand names including Nexium, Prilosec and Prevacid, as well as generic versions. The easy access to the medications can lead to individuals self-prescribing instead of consulting their health provider.

The study does not refer to the typical 14-day recommended use of over-the-counter PPIs for the treatment of heartburn. It refers to long-term use.

Led by Morgan Grams, an epidemiologist at Johns Hopkins Bloomberg School of Health, the goal was to examine whether PPIs might increase the risk for chronic kidney disease. Other health risks from PPIs have been explored in the past including bone fractures, cardiac issues and dementia. The LRG commented on this in an additional webpost.

Although it does not prove that the drugs can cause chronic kidney disease, it does raise caution that the drugs should be used judiciously. Dr. Grams, senior author of the study was quoted as saying, “The study doesn’t prove that PPIs cause kidney disease, and we don’t want to cause alarm. PPIs are great medicines and can be lifesaving. But like all medications, there are risks and benefits. One approach for patients who require a long course of PPIs would be to routinely monitor their kidney function.” (Nicolas Bakalar, New York Times, January 14, 2016)

This information is especially important for GIST patients and any patient population who already has risk factors for kidney disease. In all situations where the risks and benefits of taking prescription or over-the-counter medication need to be evaluated, it is important to make an informed decision with the help of your medical team.