This is Not the End – A Survivor’s Story 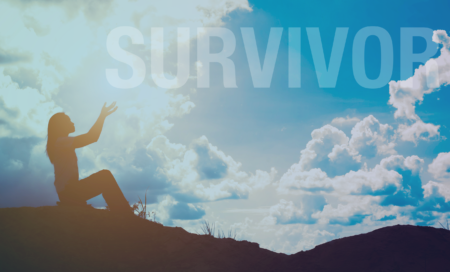 A story about a cancer survivor recently appeared in the Washington Post: “This is not the end; Using immunotherapy and a genetic glitch to give cancer patients hope”. The story is about a young woman, Stefanie Joho, at the end of her treatment options. With one last attempt at an experimental therapy, she has an amazing response to a recently approved immunotherapy, Keytruda.

The article itself is a great read, but I’m not going to retell it here. You can read the entire story at this link. Equally fascinating, and perhaps more useful to GIST patients, is the story of what it took for this young woman to find and participate in the trial that saved her life.

To save her life, Stefanie Joho had to step outside the normal path of cancer patients. She had to rely, not on what she was told was possible, but what she herself, with indispensable help from her family, discovered to be possible. Stefanie had been told by her oncologist that he was out of options, but he mentioned that some interesting work was going on in immunotherapy. However, her first attempt at following up this lead led to a dead-end when the hospital immunologist told her that no suitable trials were available.

It was Stefanie’s sister, Jess, that did the initial homework, searched for and found the clinical trial that resulted in the amazing response. As detailed in the Washington Post article, “For Joho, now 27 and living in suburban Philadelphia, the hard lesson from the past few years is clear: The cancer field is changing so rapidly that patients can’t rely on their doctors to find them the best treatments. “Oncologists can barely keep up,” she said. “My sister found a trial I was a perfect candidate for, and my doctors didn’t even know it existed.” . . . “I got chills all over my body,” Joho said. “To think that I was at the end of the road, with no options, and then to be part of such a change.”

I have long known that being a proactive educated patient could improve a patient’s survival. A few people might challenge such a strong description as known. I will concede that it doesn’t help every patient. There are examples of patients doing nothing except what they were told doing well, as well as cases of where very proactive patients did not benefit from their activism, and even cases where they made their situation worse. However, I have seen or heard of countless cases where their knowledge, drive and activism made a huge difference.

Let’s take a closer look at a few of the lessons one can learn from Stefanie Joho.

When your oncologist says that he or she is out of options; it doesn’t necessarily mean that you are.

In addition to the lessons that can be learned from the article, there are some lessons, both positive and negative, that can be learned by reading the comments from readers at the bottom of the article. Look for common threads about survival tactics from the readers. It’s fair that some commenters point out that not everyone is eligible for a clinical trial, trials don’t help everyone, medical care is too expensive, etc., but there are still a lot of common threads in the comments.

If you have an example of how being an educated proactive patient made a difference (hopefully good, but bad as well) I hope you will share it in the comments section of the article, but also share it with us at the LRG. Send your examples to mgarland@liferaftgroup.org.