The Magic of Clinical Trial Math 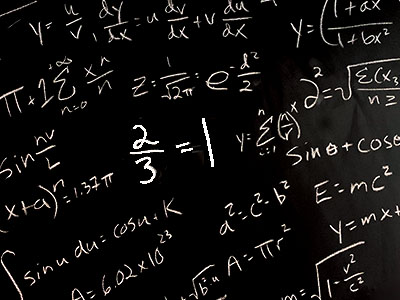 In a recent discussion about the frequency of mutations in GIST, we noted that the most common mutation is KIT exon 11, which makes up about 2/3 of all GISTs (LRG data). We also noted that in the original phase II trial, this percentage might have been as high as 85 percent. These mutations are very responsive to Gleevec. In fact, the average KIT exon 11 patient with advanced/metastatic disease will remain progression-free for about 31 months (2.5 years, LRG data).

In the original phase II trial with more advanced patients, it was about 24 months. Most of those patients will remain on first-line Gleevec for about 45 months (3.8 years, LRG data). Half will do better than this; some much better. Imagine – a treatment where effectiveness can be measured in years. For many cancers, the effectiveness of drugs that actually get approved are measured not in years or even in months, but in weeks!

An Exercise in Thinking

Here is a fictitious example, based on what would actually happen if you did this: Imagine how powerful the effect could be when 2/3 of patients in a clinical trial have the type of response we noted above.

In reality, the trial that resulted in the approval of Gleevec did not have a placebo. In fact, Gleevec was so effective that there was really no comparison group at all (other than 400 mg Gleevec vs. 600 mg Gleevec). Very rarely is a drug approved without a comparison, but very rarely was a cancer drug as effective as Gleevec. However, the effect of 2/3 or more of the KIT exon 11 patients still existed and was the primary reason for the effect being measured in years.

What type of mutation do the other 1/3 of patients have?

About 10% of all GIST patients have a KIT exon 9 mutation. These patients likely had some benefit from Gleevec, but later data (from the phase III trials) would show that these patients did much better on a higher dose. Some other rare mutations, such as KIT exon 13 and PDGFRA exons 12 and 14 also are very likely to respond to Gleevec. Conversely, about 22% (LRG data) are not likely to respond.

One Third Went for a Ride

The 1/3 rode along with the KIT exon 11 mutations straight to drug approval in the USA and around the world. Two thirds of patients with a “super response” equaled all patients in the trial being approved for the drug! 2/3 = 100%. This is the magic of math.

Because early trials were focused on advanced/metastatic GIST with no other options than Gleevec, oncologists also went along for the KIT exon 11/Gleevec ride. They didn’t bother to test for mutations since “almost all GISTs respond to Gleevec” and since there was nothing else to give them anyway. This should have changed when the effectiveness of adjuvant Gleevec was finally proven (about 2011). Unfortunately, dogma had already set in; no need to test for mutations in GIST! Never mind that 80% of GIST patients are diagnosed with a single tumor and many are candidates for adjuvant treatment. We know most GIST patients respond to Gleevec, so why test?

Remember that the GIST conversation is driven by KIT exon 11 mutations. It’s good to always question whether or not information you are receiving applies to you (even if it is coming from one of our patients).

Much of what we know today has evolved over many years of learning more about GIST and how it responds to different drugs. I do not mean to imply that this (approval for all patients) was deliberate or that there was any malicious intent. It’s just how things worked out. On the other hand, what I did intend to be critical of was the practice of not performing mutational testing. It is simply not acceptable to continue to subject patients to ineffective treatments with our current understanding of GIST. Half of living LRG patients don’t know their mutation. When 22% of them (LRG data) are not likely to respond to imatinib and 10% of them (exon 9) need a higher dose of imatinib, not performing mutational testing is no longer acceptable.

Did You Know? Tissue Testing FREE for GIST Patients!

The Value of Biomarker Testing: Case Studies Across Multiple Institutions

In this webinar, there were case study presentations from three top sarcoma institutions that demonstrate the value of biomarker testing. A Question & Answer session followed the presentations.