Australia is the sixth largest country, by area, in the world, with a population of over 25 million people and GIST comprises about 3% of all GI cancers there. Reaching patients and oncologists with current information on such a rare disease can be a daunting task which is why The Life Raft Group is pleased to welcome Shari Reid, of Victoria, and Dr. Amy Kenworthy of Gold Coast, as country liaisons, representing the LRG with support for GIST patients.

Shari Reid, formerly a System Administrator in Health & Safety, is currently a proud, full-time mum to son Robbie. Though she’s living in regional Victoria with her husband, Glenn, and son, Shari was born in the U.S. and her family moved to Australia when she was a baby. 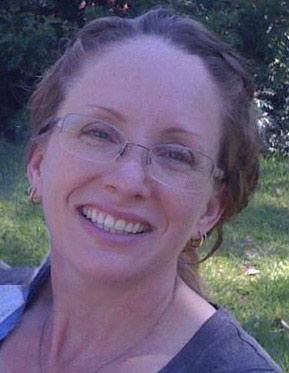 Shari’s GIST diagnosis came during an emergency room visit due to excessive bleeding, after seven years of visiting multiple doctors, chasing a diagnosis for symptoms that didn’t match a treatable disease. Symptoms that one of her doctors eventually concluded ‘were all in her head’, which included edema, weight loss, joint, Achilles tendon and hip pain, bloating and swelling, seizures, dizziness and fatigue. Shari’s journey as a patient fueled her desire to work with other patients facing the same challenges.

Diagnosed in December 2019, she is currently on Gleevec, and scans show NED. When Shari learned she had GIST, medical people advised her not to Google anything because it would upset her, but Shari and her husband were determined to do the research on GIST. Shari found the GIST Survivor Facebook group online, where she saw the LRG mentioned. Upon learning about the LRG, she became aware of the importance of mutational testing and having a GIST specialist on her treatment team. Shari had mutational testing, which showed her mutation to be exon 11, and genetic testing, also, since she needed to know if it was possible to pass GIST onto her son.

Now, Shari wants to make sure that other GISTers have the information and support they need on their own GIST journey. “I just want to pay it forward. I’m a bit of an altruistic person anyway and I like to help people. I remember saying to Stephanie Gachette (an LRG Patient Registry Associate), I would love to help out at some stage as a volunteer or something, because knowing that there’s people out there not getting the right help is distressing to me – because the help wasn’t there for me. I know how they feel; I guess it’s an empathy thing.”

Shari would also like to be able to support GIST patients with the Australian/New Zealand Facebook group help combat misinformation about GIST, including issues surrounding the necessity of mutational for every GIST patient and finding GIST specialists in her area. “The LRG put me on the right track. They basically changed my outcome. There’s a lot of good information they’ve put together and the network they have is just awesome. I just want to help by sharing that information,” Shari said.

Shari is not one to take no for an answer, not when it comes to life and death situations. After looking so long for answers prior to her diagnosis, she realized that she might have been diagnosed earlier, had any of the doctors requested a simple CT. “If my situation is anything to go by, don’t give up. Get the CT. Get the test. If it shows nothing, then great.” In addition to being available for GIST patients and spreading accurate information among GISTers on the Aussie Facebook page, Shari hopes to interact with doctors.

“My big plan is to be able to pick up the phone and speak to a GIST specialist and say: ‘who are you training up at the moment – would you be interested in phoning the LRG?’ I’m trying to think in terms of stepping things up. How many people could be saved if we spread good information about GIST?” GISTers wanting to connect with Shari can contact the LRG Patient Registry at patientregistrydepartment@liferaftgroup.

Professor Amy Kenworthy, also born in the U.S., was raised in Massachusetts and immigrated to Queensland, Australia, after finishing her PhD in 1999. She and her husband, George, are both professors at Bond University on the Gold Coast. They have two teens, Bryce, 13, and Mariel, 17. The year 2011 was a critical one for Amy. She and George had just been married in June, and in July, she was promoted to the rank of full professor. In August of that same year, her tumor was found by chance. Amy was asymptomatic and her tumor was discovered during a routine colonoscopy. 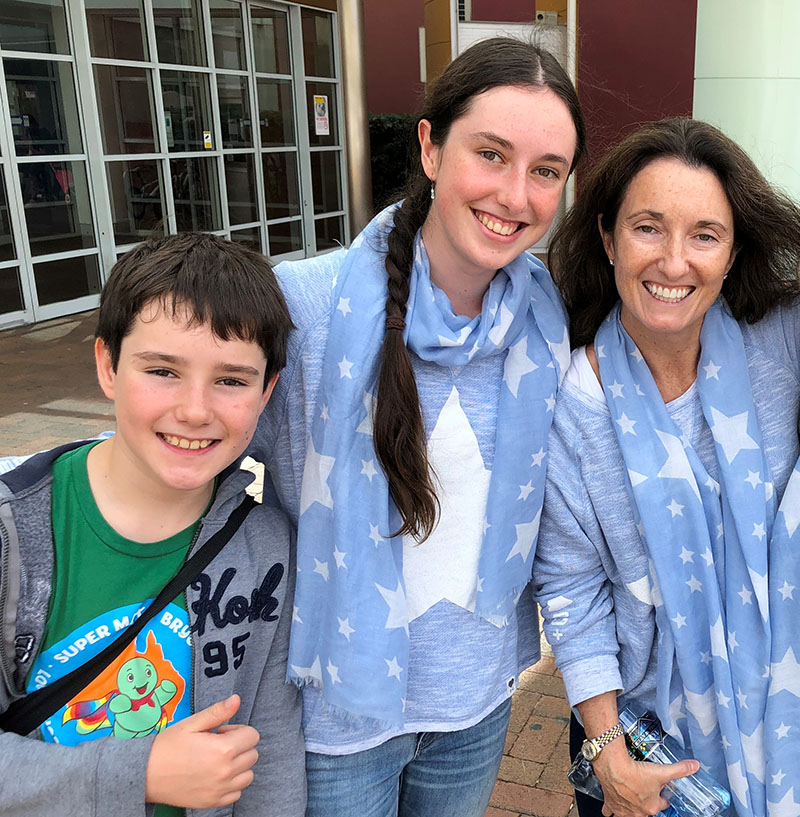 It took two needle biopsies to confirm the diagnosis. The local oncologist she was referred to knew little about GIST – he was a breast cancer oncologist who admitted to Googling ‘GIST treatment’ just prior to meeting with Amy and her husband. That was all they needed to hear. Amy contacted the team at Peter MacCallum Cancer Center in Melbourne and got an appointment with a GIST specialist there. After a surgery with clear margins (performed in the States), Amy still travels to Melbourne to see her specialist for monitoring.

Amy endured six surgeries after the resection – an ileostomy plus fistula repairs, and has been on Gleevec for seven years. Due to a high mitotic rate, Amy has decided to continue treatment until her youngest child finishes high school with the hope that more will be known about GIST and that more data will guide her decision to continue additional years of treatment or stop Gleevec. Currently, Amy is NED.

“Unfortunately, the problem now is that GIST is not entirely unheard of, so most GPs or most regular oncologists will do what that first person we met with tried to do; they don’t do mutational testing because they don’t know how to do it or how important it is and they say ‘here’s the standard treatment – you’re on Gleevec for three years, then you’ll be done’. Anyone who is diagnosed with GIST needs to have mutational testing done and needs to meet with a GIST specialist. Those are not ‘nice to haves,’ they are live-saving ‘must haves’ as part of anyone’s GIST treatment” said Amy. She learned about the LRG early in her GIST journey from her dad, who attended a GDOL (GIST Day of Learning) in the U.S., and she immediately recognized the importance of the GIST Patient Registry. “I’m a researcher and I know that you can’t do research without data.”

Amy continued, “It’s not okay that the doctor I was referred to initially was a breast cancer specialist. It’s not ok that he didn’t know about my cancer. He needed to know GIST in order to treat me. This is a really big message that I want to share. You need to be an advocate for yourself, and you need to be working with GIST specialists because there’s a lot to know and no one can know everything, and that’s why we have specialists. If you don’t have a GIST specialist, you need to get one. You shouldn’t be on this journey without that. I passionately believe in working with people who have knowledge about our cancers; in my case, if I had stayed with the doctor who was recommended to me, who knows if I would still be here today or not.” Amy hopes to help other GIST patients find the support and the connectedness they need on this journey.

Read other articles from October Newsletter