Understanding the role of mutations and biomarker testing is one of most important things patients must learn. Uncovering the driving force behind each individual’s tumors is not just important, it is critical. Biomarker testing is an opportunity to improve and optimize treatment – possibly avoiding unnecessary treatments and getting to the right treatment sooner. Currently, biomarker testing rates in the gastrointestinal stromal tumor patient population are relatively poor – only about 26.7% of patients have had testing done. The Life Raft Group Patient Registry, which is a group of extremely proactive patients, notes only about 53% of patients are aware of their mutation.

In this post, GISTer Bill Borwegen shares his story and we share how you can help save lives.

It’s time to save lives! 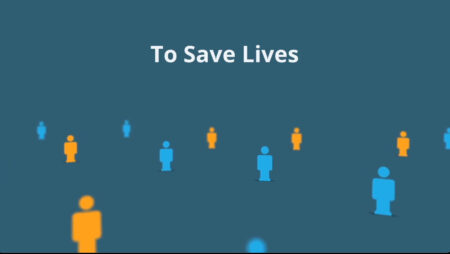 In this featured patient story GISTer Bill Borwegen of Maryland shares how knowing his mutation affected his treatment options and why knowing his mutation sooner rather than later could have affected his outcome severely. Bill’s GIST journey began in March of 2018 at 62, when fatigue, severe anemia, and bleeding drove him to the doctor and subsequently the hospital. His primary physician wanted Bill to receive a pint of blood but even with a low blood count, the hospital refused. In the midst of his first self-advocacy challenge, he underwent an EKG and bloodwork.

During the next two months, Bill was tested and monitored (endoscopy, colonoscopy and bloodwork), and then had a CT with contrast which revealed a mass and in June of 2018 his surgeon performed a resection of the jejunum. Initial pathology confirmed GIST with a low mitotic rate. The tumor was 3.1 cm and removed with clear margins. In August, after a period of healing from the surgery, his local oncologist and his surgeon agreed that Gleevec was the correct treatment path but Bill’s side effects stopped him from being satisfied with that solution.

Bill’s system didn’t tolerate Gleevec well. He was resistant to the idea of continuing to take the drug treatment though he complied for about three months. After attending a GIST conference at MD Anderson, he vehemently believed that mutational analysis was necessary. He had to insist that mutational testing was done. He received those results and after consulting with his oncologist, it was decided that Bill would discontinue Gleevec since his testing revealed a somatic NF1 mutation which is not responsive to Gleevec. Read Bill’s full story.

“You have to be your own patient advocate. I was having a hard time tolerating the Gleevec. If I hadn’t insisted on mutational analysis, I might still be on Gleevec,” said Bill about this experience. He continued, “I had to literally demand mutational testing which is kind of crazy if you think about it. I can understand starting with Gleevec but I would think they would simultaneously order the mutation testing but they didn’t do that so I did my own research and I said that I wanted the mutational analysis. I stopped taking the Gleevec eventually myself, which I wouldn’t recommend, because of how badly I was feeling. Of course, if you have the mutation that will respond, you’d look at these side effects differently and adjust.”

How Can You Save Lives? 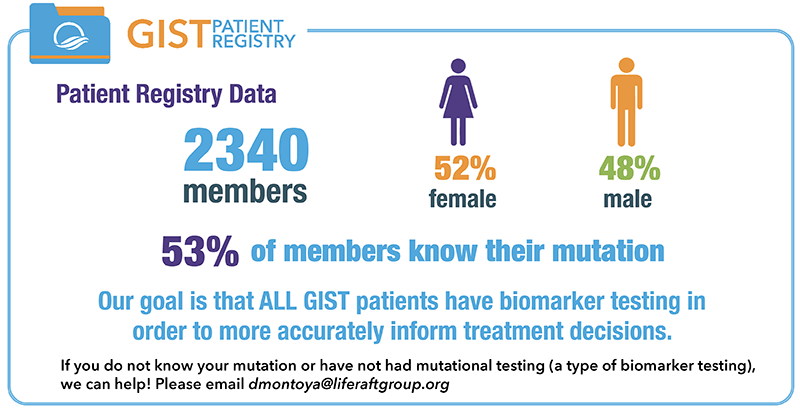 Saving lives is what the LRG is all about. It’s time to act to assure patients get tested. By donating to the Life Raft Group, you will be taking the next step in helping us to educate patients on the importance of biomarker testing and avoid unnecessary treatments. Together, we can help patients get the right treatment sooner. The Life Raft Group Patient Registry, which is a group of extremely proactive patients, notes only about 53% of patients are aware of their mutation, which is much higher a percentage than those not in the Registry. Your support is critical in this endeavor because it is through your donation that we can maintain and expand the Life Raft Group’s Patient Registry and reach out to educate more patients. Please consider donating today.