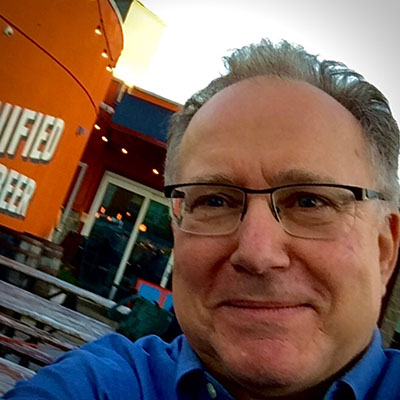 It’s become a June tradition in our newsletter to promote patient stories that epitomize hope (#GISTHope). With the transition of spring into summer, and all the activities this season entails such as GIST Awareness Day, Sarcoma Awareness Month, and the GIST DO IT Walks, what better season to spread hope through stories of GIST thrivers?

This year the LRG has expended a tremendous amount of energy emphasizing the importance of biomarker testing through our It’s Time – Biomarker Testing Campaign which focused on twelve key points that illustrate how testing affects overall patient survival. We want to improve the statistics that show that in the general population less than 30% of GIST patients get mutational testing. Our goal is to ensure that all GIST patients get advanced testing to ensure that they are guided to the most effective treatment for their mutation. Specifically, this means going beyond basic testing to confirm a GIST diagnosis. While around 80% of GIST patients may test positive for a more common mutation, for example exon 11, which typically is very responsive to Gleevec, a smaller population will have a mutation such as SDH-deficient GIST, NF1, or BRAF, for example. Rarer mutations are not responsive to imatinib, sunitinib, or regorafenib (approved 1st – 3rd line treatments.) 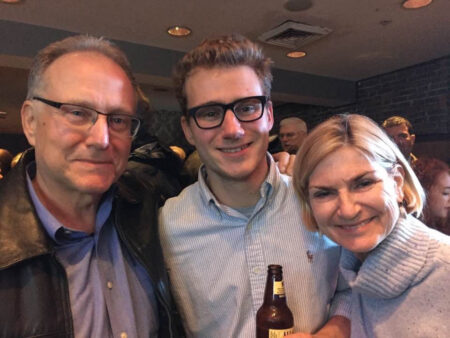 In this featured patient story GISTer Bill Borwegen of Maryland shares how knowing his mutation affected his treatment options and why knowing his mutation sooner rather than later could have affected his outcome severely. Bill’s GIST journey began in March of 2018 at 62, when fatigue, severe anemia, and bleeding drove him to the doctor and subsequently the hospital. His primary physician wanted Bill to receive a pint of blood but even with a low blood count, the hospital refused. In the midst of his first self-advocacy challenge, he underwent an EKG and bloodwork. He commented on that situation:

“I sat in the emergency room of my local hospital getting weaker and weaker and they wouldn’t give me the pint of blood that my doctor sent me over to get. I knew that I had to take matters into my own hands and fight for myself. Doctors are very smart and dedicated, but you can’t just rely on what they tell you. You need to do your own due diligence and do your research.“

During the next two months, Bill was tested and monitored (endoscopy, colonoscopy and bloodwork), and then had a CT with contrast which revealed a mass and in June of 2018 his surgeon performed a resection of the jejunum. Initial pathology confirmed GIST with a low mitotic rate. The tumor was 3.1 cm and removed with clear margins. In August, after a period of healing from the surgery, his local oncologist and his surgeon agreed that Gleevec was the correct treatment path but Bill’s side effects stopped him from being satisfied with that solution.

Bill’s system didn’t tolerate Gleevec well. He was resistant to the idea of continuing to take the drug treatment though he complied for about three months. After attending a GIST conference at MD Anderson, he vehemently believed that mutational analysis was necessary. He had to insist that mutational testing was done. He received those results and after consulting with his oncologist, it was decided that Bill would discontinue Gleevec since his testing revealed a somatic NF1 mutation which is not responsive to Gleevec.

“You have to be your own patient advocate. I was having a hard time tolerating the Gleevec. If I hadn’t insisted on mutational analysis, I might still be on Gleevec,” said Bill about this experience. He continued, “I had to literally demand mutational testing which is kind of crazy if you think about it. I can understand starting with Gleevec but I would think they would simultaneously order the mutation testing but they didn’t do that so I did my own research and I said that I wanted the mutational analysis. I stopped taking the Gleevec eventually myself, which I wouldn’t recommend, because of how badly I was feeling. Of course, if you have the mutation that will respond, you’d look at these side effects differently and adjust.”

Bill also decided to find another care team. He is of the opinion that if your oncologist has an issue with the idea of a second opinion or a collaboration “you need to not walk. but run.” The GIST specialists that he’s dealt with have had none of those ‘pride of ownership’ ego issues but have been eager for collaboration. Bill was reassured to know that his current oncologist has this collaborative relationship with 30 experts who work together (the LRG Project Surveillance Group and the Pediatric & SDH-Deficient GIST Consortium via virtual tumor boards and email discussions) and if there is a recurrence in the future, he’s in good hands. He’s had conversations and consultations with several GIST experts including Dr. Jonathan Trent (Sylvester Comprehensive Cancer Center, Miami), Dr. Margaret von Mehren (Fox Chase Cancer Center, Philadelphia), Dr. John Glod (National Institutes of Health), Dr. Jason Sicklick (Moores Cancer Center, San Diego) and Dr. Michael Heinrich (OSHU, Oregon). All of whom Bill says have been very accommodating in answering all his questions about his very rare form of GIST. 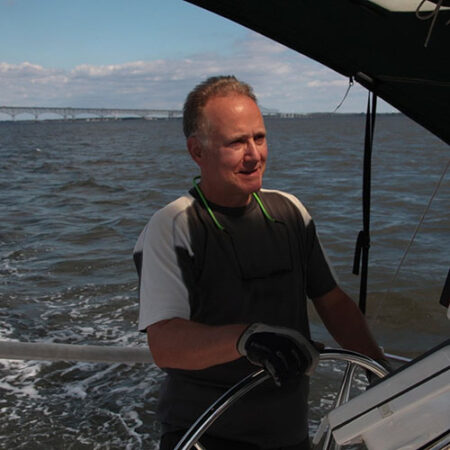 Currently not on medication and showing no signs of recurrence thus far, Bill is spending his retirement years sailing, hiking, consulting for his last employer and volunteering. He has helped restore and now is a docent for the Thomas Point Shoal Lighthouse, the last original screw-pile lighthouse still in operation and takes tours out on skipjacks, boats historically used for oyster dredging. He and his wife enjoy sailing with their two grown sons and love the outdoors. Surveillance of his condition at this point is simply scans every year – wait and see – so far he is NED (no evidence of disease). Though he’s confident that his team of experts will be there for him in case of a recurrence, he feels it’s a good idea to stay current on what’s happening in the world GIST and NF1 research. “They just don’t know enough about this very rare form. There’s not enough epidemiology out there yet.” He’s hopeful that new targeted therapies will be available if and when it may be necessary.

“I definitely recommend that every GIST patient find a GIST specialist. There are just too many cancers out there for every local oncologist to have a lot experience with something as rare as GIST. I try to read all the technical papers. Ideally your GIST specialist will be one of the people that has written one of these papers. My own oncologist attends the annual sarcoma meetings. If you’re going to continue to see your own oncologist then you should also see a GIST expert and if you don’t you could run into a lot of trouble – like taking a drug for years that isn’t helping. And it’s a great expense. Gleevec – $27,000 for a three-month supply. Worrying about drug cost as well as the disease itself is really more than anyone should have to put up with when dealing with cancer.”

Bill encountered the Life Raft Group during his research on the web and said, “I was so grateful that there was such a team of bright, dedicated professionals that cared so greatly about this disease and provided support to patients and who work with the leading researchers not only in the country but around the world. I knew that I needed to learn more about the organization and I also wanted to know how I could support and help the LRG to continue their important lifesaving work.” Bill has been an enthusiastic volunteer and supporter of our mission.

Bill feels strongly about education and awareness for medical professionals too. “There needs to be an editorial or something in medical journals. Mutational analysis needs to be common practice. It’s not an option. It’s the most important thing to have after the details of the tumor itself, like size and mitotic rate. And if your oncologist gives you any push back, run, don’t walk, to a GIST specialist.”