At the end of 2009, The Life Raft Group proudly announced the foundation of an important initiative, the Latin American GIST Coalition, now called Alianza GIST. Currently comprised of twelve countries, this group of patient advocates from across Latin America has formed a partnership dedicated to improving the survival and lives of GIST patients in Latin America.

In February 2010, the country representatives first met in Monterrey, Mexico, accompanied by reps from the LRG and The Max Foundation. Rodrigo Salas, the Mexican representative of the Coalition, summed up the purpose of the meeting as “an extraordinary historic event paired with expertise from our partnership organizations to strengthen our efforts at promoting survival of GIST patients.” The meeting reached its climax when the Coalition proudly announced their plan to promote survival of GIST patients, which they called the Monterrey Declaration, focused on four key principles:

•To improve the knowledge of patients and physicians.

•To increase patient access to adequate treatment and resources.

•To support local patient support organizations, including the creation of new ones.

•To encourage collaboration and coordination with the physician community. 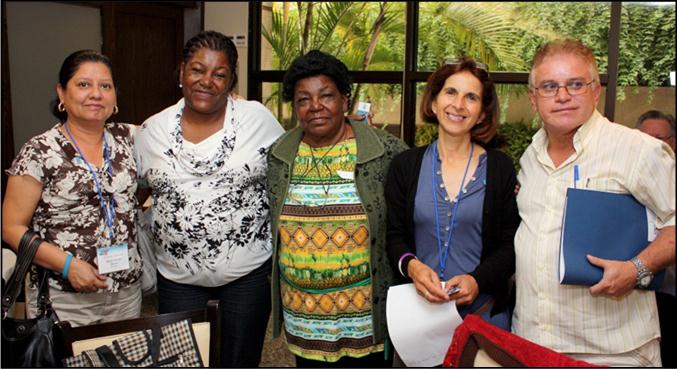 Since the issue of the Declaration, many educational and advocacy efforts have been conducted locally and regionally. Educational materials were produced including the first publication of GIST newsletters and pamphlets in Spanish and Portuguese. New formal organizations were established in countries such as Fundación GISTColombia (www.fundaciongistcolombia.org), Fundación GIST México (www.fundaciongist.org) and Asociación GIST Argentina. Fundación GIST Mexico was able to partner with Tecnológico de Monterrey (the MIT of Latin America) and initiate an online CME accredited GIST training tool in Spanish for Latin American physicians. This program will be officially launched at the upcoming American Society of Clinical Oncology meeting (ASCO) on June 5th where a panel of GIST experts will discuss “Best Practices in Latin America for GIST; Tumor Board: Case Discussions.”

For the first part of the meeting, local GIST patients and caregivers were invited to join the group and learn more about their rare disease and speak with others. For most of them, it was the first time meeting another GIST patient and, needless to say, it was a very emotional event.

At the conclusion of the meeting, Alianza GIST representatives decided to focus on the following areas that needed the most attention:
 Adequate diagnosis
 Access to safe, effective and affordable treatment
 Increased efforts to establish more viable treatment options

Three sub-committees were formed to focus on: 1) Patient-to-Patient Outreach and Support, 2) Patient-to-Doctor Education, and 3) Access to Treatment. Regular teleconferences and webcasts will convene to work on the aims set forth in São Paulo and Monterrey.

With this great roadmap in front of us, the entire Alianza GIST group is enthusiastic to work together and better the lives of GIST patients in Latin America!