Skip to content
Home/LRG mourns the loss of a great friend, Jeroen Pit

LRG mourns the loss of a great friend, Jeroen Pit 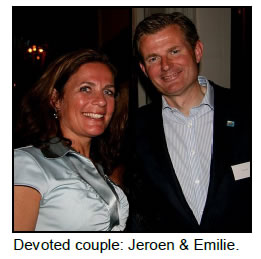 Jeroen Pit, who passed away on February 6, was not a man to sit idly by and he certainly did not lose his battle with GIST without a terrible fight. After diagnosis, Jeroen and his devoted wife Emilie, immediately sought after cutting-edge GIST research and came across the Life Raft Group.

Since 2009, Jeroen has raised and donated close to $3 million dollars through incredible persistence to fund the D-Day research project. This brave Dutchman challenged the Life Raft Group’s team of scientists to save his life and the lives of others battling GIST. Sadly, the cure could not be found in time for Jeroen, but this project has drastically changed the outlook for GIST patients everywhere by allowing the top scientists in their field to move at a much faster pace and precision toward finding a cure.
“Today I mourn the premature loss of another friend to GIST. In Jeroen’s name, we will find a cure for this disease,” said Life Raft Group’s Executive Director, Norman Scherzer. Scherzer went on to say that in his fifty years in public health service, he has never met anyone as determined as Jeroen Pit. And according to Scherzer, it was that determination that motivated Jeroen’s Dutch friends to fund this important research project and inspired the Life Raft Group scientists to work harder in finding a cure. 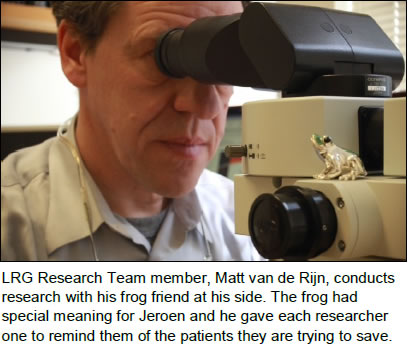 “Jeroen made this personal for our Research Team. They knew him and his wife, Emilie, and wanted to save his life,” said Scherzer.

It is the custom of the Life Raft Group to light a candle at sundown and celebrate the life of a friend who has died from GIST. “Thousands of candles will be lit in memory of our dear friend Jeroen tonight,” remarked Scherzer who continued, “and tomorrow we will rededicate our efforts toward a cure—in his name.”