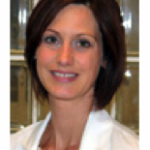 1. Looking to understand how quiescence (tumor cells escaping death by going to “sleep”) and apoptosis (tumor cells dying) happen in GIST. Understanding this allows us to kill tumor cells more effectively, and also help understand how resistance develops – leading to drugs that patients are less likely to develop resistance to. This is longer range, helping to improve the understanding of GIST and a critical pitfall in drug treatment and thus develop more effective future treatments and ultimately a cure.

2. Screening of already FDA-approved compounds to see what may work for GIST. This is a more immediate range, trying to help get us better drugs much faster to buy us time until a cure is found.

“Over the past ten years, we have focused on elucidating mechanisms of GIST cell apoptosis and quiescence as well as the establishment for high-throughput strategies. Our work has not only led to the identification of several new compounds for the treatment of GIST, but also the identification of novel concepts in cancer biology.”

• Has screened nearly 100 compounds for their effectiveness against GIST.

• We now have a much better understanding of quiescence, apoptosis, and how they are related (i.e. DREAM complex) than we would have without Anette’s research.

Better understanding of the biology allows us to increase the precision and effectiveness of our targeted approaches, ultimately leading to more effective treatments. Included in this is a study using an FDA-approved drug in combination with imatinib in order to “wake up” the cell in order to kill it. 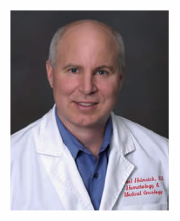 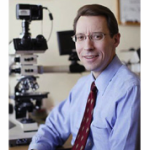 1. Worked with a pharma company and Jonathan Fletcher to develop a new drug (ponatinib) that is currently in a clinical trial for GIST.

2. Working with Brian Rubin, created a new mouse model for GIST—this is important as we need mice that can survive long enough to actually get GIST and help us test the compounds we are developing. In addition, this mouse model may also lead to a SDH-deficient mouse model so we can do more research on drugs for that subtype of GIST.

3. Sequencing has been completed on the D842V tumor – which currently has no approved treatments – this will help us more easily find targets and test compounds against this mutation.

4. Developed a yeast model for SDH-deficient GIST. This allows us to test drugs against that particular mutation, something that has not been done before.

5. Looking at regorafenib (Stivarga) against mutations that are resistant to other GIST drugs.

6. Genetic analysis of GIST to determine the potential for new targets—identifying weak spots in the “fortress”—thus identifying avenues for potential new treatments.

Summary (of above accomplishments):

• Developed a number of new drug currently or previously in clinical trials for GIST.

• Doing genetic analysis to help determine if new targets exist that can be exploited by new treatments, including for a mutation – D842V – for which there is currently no approved treatment. 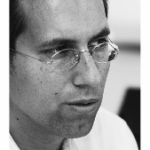 1. Focus of research is on development of models that validate and predict the usefulness of drugs for GIST—translational research.

3. Identified a number of factors that determine how GISTs develop – p53, DOG1

• Looking at “Inhibitors of Apoptosis (IAP)” proteins – which help prevent tumor cells from being killed off – and determining how to remove the protection mechanism.

• Studying a glucose “impersonator” (2-DG) that can’t be metabolized by tumor cells – thus causing them to starve to death.

• Screening novel KIT inhibitors against various KIT mutants to see how they work and better understand the disease and perhaps improve their efficacy.

• Working with Jonathan Fletcher, developed a cell line that is resistant to Gleevec that has been used to better understand how secondary resistance develops, as well as study how outside stressors to cells help drive the resistance process. 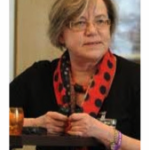 Focus of research is on both molecular analyses and understanding how progression and resistance develop. By better understanding the mechanism, we are more likely to be able to combat it once it happens, or ideally, to prevent it from happening in the first place.

1. Did molecular screening of patients for a large European study (EORTC) that helped confirm the predictive value and essential role of KIT and PDGFRA mutational testing.

2. First to publish an analysis of how resistance to imatinib develops.

3. Developed tools that help researchers better evaluate how effective drugs are, including test panels and mouse tumor models, making it easier to take these drugs into clinical trials.

4. Along with a team of French researchers, developed a new prognostic indicator (Genomic Index) that can be used to make treatment decisions for intermediate and high-risk GIST patients. By better understanding prognostic factors, you get a more holistic view of the actual disease and can tailor treatment to their specific disease. 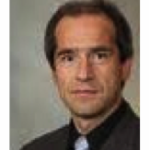 Research focuses on better understanding the biology of Interstitial Cells of Cajal (ICC)—the “pacemaker” cells of the gut. Abnormal growth of ICC’s leads to GIST, so understanding their biology, and the factors that cause them to grow abnormally, can help us better understand how the disease originates. Armed with this understanding, we are using isolated ICC precursors (stem cells) and animal models from other diseases and biological processes (diabetes, eating disorders, aging, and GIST) to study compounds that could be used to restore normalcy to ICC’s and make abnormal ICC’s more sensitive to treatment.

Dr. Ordog is a leader in the understanding of ICC’s, having studied them since 1998. As opposed to fighting GIST after it develops, he is trying to understand how it does in order to prevent it from ever developing.

Some of his accomplishments include:

1. Led the first study describing loss of ICC’s in diabetes

2. Introduced the concept of ICC turnover from stem cells, in collaboration with Dr. Rubin, conducted a study that looked at the role of these ICC stem cells in the development of resistance to targeted GIST therapy.

3. In addition to adding an epigenetic focus that is not found elsewhere in the team, by working on the development of purified ICC models, Dr. Ordog is also providing tools that will enhance the research capabilities of other LRG team members and outside researchers as well. 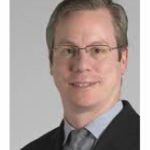 The GIST researchers in Dr. Rubin’s lab have no other source of funding other than the LRG. Dr. Rubin is most interested in how sarcomas are diagnosed and also prognostic factors. He has developed a number of cell-based and mouse models that are used not only in his research but that of the other team members. Ultimately the lab is trying to identify the proteins that drive the development of GIST, and develop therapeutic strategies that target these proteins.

1. Working with Jonathan Fletcher’s lab, documented that 80-90% of GISTs contain KIT mutations – this study laid the groundwork for using imatinib to treat GIST.

3. One of the first labs to develop a mouse model for familial GIST

4. Recently identified two pathways (autophagy, FGFR3) that help resistance to targeted therapies develop. By better understanding these, new treatments can be developed that are less likely for patients to develop resistance to.

5. Developed a cell line that harbors a specific imatinib-resistant KIT mutation (T670I) that has been used by members of the LRG research team to better understand the biology of GIST.

• Exploring combination therapies of up to 3 drugs; looking at how to sequence them to minimize toxicity and delay resistance for years.

• Screening of over 150 compounds either already in development or FDA-approved for a condition other than GIST to see if they are effective against GIST.

• Using current mouse models to understand the interaction of loss of a particular gene and activation of KIT, in order to help better understand how progression develops. 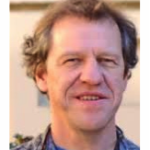 The major focus of research is on immunotherapy as an alternate approach to combatting GIST. The immune system is a highly effective protective device that has been abused by tumor cells and conversely may be useful in breaking these tumor protections down. Immunotherapy as a field of cancer research has struggled in the past, but in the last five years or so there have been impressive successes, particularly in large cancers like breast.

2. Found that GIST cells highly express CD47 protein, part of a process that the body developed to protect normal cells. CD47 tells microphages (scavengers which eat bad cells) in the body not to “eat” the normal cells. The tumor cells abuse this system to protect themselves.

3. Studying the effects of antibodies on CD47 to fundamentally silence CD47, thus exposing the tumor cells to microphages. 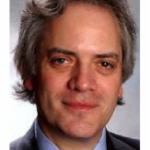 Focus of research is on imatinib-resistant GIST. In the past year, collaborating with other members of the LRG research team, new immortal cell lines were developed that help understand how to most effectively target imatinib resistance.

1. Working along with the entire LRG research team, undertook a major project, the comprehensive evaluation of imatinib-resistant GIST by studying the entire GIST genome to look for mechanisms that lead to drug resistance. The most important finding was that there are few relevant resistance mutations, other than those involving the KIT gene itself, in imatinib and sunitinib-resistant GIST, and highlights the need for more effective ways of targeting KIT and PDGFRA.

2. Along with Dr. Heinrich’s lab, development of ponatinib for treatment of resistant GIST.

3. Study of regorafenib to see which imatinib-resistant KIT mutations it inhibits. Mutations that are not inhibited by sunitinib but are inhibited by regorafenib were identified, providing a rationale for cycled treatment—a new approach in GIST.

4. Clinical trial cycling sunitinib and regorafenib. Lab studies have confirmed potential efficacy of this approach – a phase 1B trial is planned to be opened in 2014.