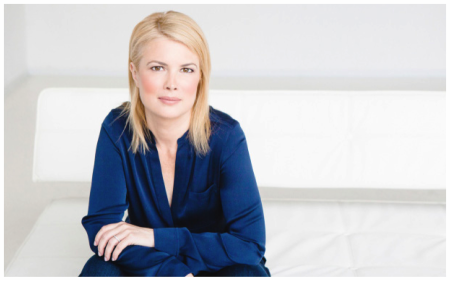 Tamara Taggart is the cover girl for a British Columbia (BC) magazine that debuted last month.

The CTV news anchor wishes the BC Cancer Foundation hadn’t had a reason to request her story for the first issue of Forward, its patient empowerment publication. But as a cancer survivor who’s just passed the second anniversary of a brush with death, she couldn’t say no.

“I can definitely say it’s not the magazine cover I dreamed I’d be on. I hesitated, initially, because just even saying the word cancer is still hard for me. Not many people know I’ve even gone through this experience,” she said in an interview.

Since the tumour was removed, she’s been taking a drug that has revolutionized the care of patients like her. If she’d developed the cancer more than a decade ago — before the arrival of drugs known as targeted biologic therapies — her doctors told her she’d be dead.

For several months in 2011, before the cancer was diagnosed, Taggart had its common symptoms: fatigue and anemia. But doctors didn’t discover the source of her problem until the fist-sized tumour adhered to her small intestines ruptured. She nearly bled to death.

The day it burst, in January 2012, she had the worst headache of her life. She vomited and passed out in the bathroom at work, on a day she was meant to be celebrating the first anniversary of her start as Mike Killeen’s co-anchor on the 6 p.m. news. She went home. Her husband would later call an ambulance.

The tumour had been growing inside Taggart for about two years. It was originally missed by a radiologist after a CT scan that she had for kidney stones.

Despite the delay in a diagnosis and the missed diagnosis by the radiologist — who has apologized — Taggart’s not bitter.

“I was upset for 24 hours when I learned the tumour was visible on a scan I had in 2010. When I met the radiologist again, I told him ‘I need you to know that I hated you for 24 hours.’ But he was looking at my kidneys for kidney stones. Only when he was asked to go back and look at the scan again did he see a tumour in my small intestines.

“I wished he would have seen it initially, but I also wished none of this had ever happened. But it did, and now I want other patients to be aware that when something doesn’t feel right in their bodies, we have to be our own best advocates.”

Fortunately, one of the world’s leading experts on gastrointestinal stromal tumours, Dr. Charles Blanke, was at the BC Cancer Agency when Taggart was taken to Vancouver General Hospital. He has since moved to Portland, Oregon, but Taggart still emails him with questions and she’s confident in her new oncologist.

Blanke pioneered the research and use of a life-saving drug called Gleevec for gastrointestinal stromal tumour patients. Taggart is on the generic version now, but when she was first prescribed the daily medication, it cost $6,000 a month. It was paid for by the cancer agency.

“People like to complain about the health care system, and it’s not perfect, but boy, when you need it for something so urgent, it’s there. And the medical and nursing care is unbelievable,” says Taggart.

This article was reprinted with permission from the Vancouver Sun.