Skip to content
Home/On the Road with Milly: LRG Takes the Hill

On the Road with Milly: LRG Takes the Hill

The day has come. Our GIST Advocacy Avengers (it’s a working title) have been prepped, scheduled and prepped some more in order to take on their string of meetings with policymakers on Capitol Hill. I should mention that none of these ladies has ever done any government advocacy of this sort so you are getting the straight dish from these newbies-turned-pros. Translation: If they can do it, so can you!

After a quick breakfast, a send off speech from OVAC and a pow-wow with the rest of the members of their group our members were off! 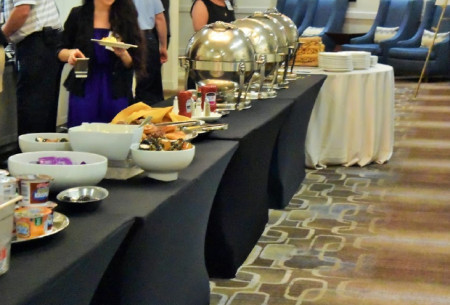 Teena, Erin, Kristen and Jeannie attended meetings with representatives from their home states of Iowa, Florida and California respectively. Without further ado, let’s see how their days went! 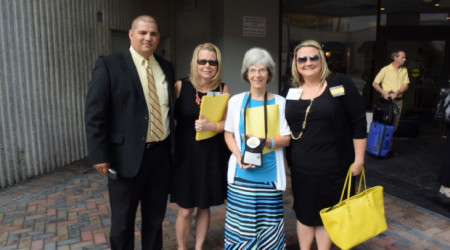 Teena with her group; pictured second from right

As most folks visiting the Hill for appointments will tell you, it is really a luck of the draw on whether you will get to meet with your actual elected official or a staffer of theirs. That Iowa charm must have been in the air however, since their delegation logged a record five meetings including both their Senators and a Representative in the course of their day– a rare and exciting draw for any group! 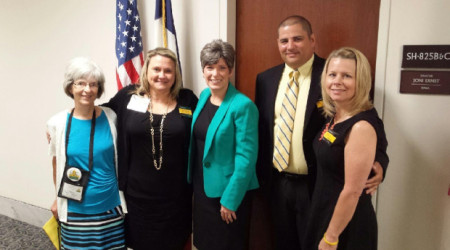 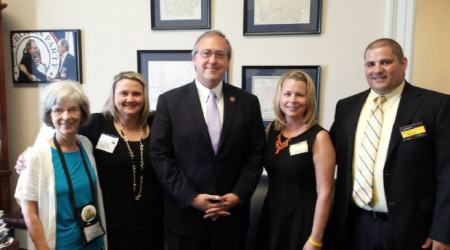 Commenting on the success of her meetings Teena says:

“I felt like we had a fairly productive day. There were two staffers that said they were very interested to see that NIH received more money, Senator Ernst was very moved by our stories, Representative Young took many notes and Senator Grassley’s office said they were interested in all diseases not just cancer. Everyone was very receptive and participated in discussions, although no one would commit! I really enjoyed the day and hope I will be able to come back next year!!”

Repetition and persistence are the names of the game and Teena has found it paid off with Senator Grassley and Representative Young both having remembered her. All OVAC advocates are encouraged to follow up their meetings with emails and thank you letters, and of course to keep coming back and letting their elected officials know that as a constituent this issue is really important to them. 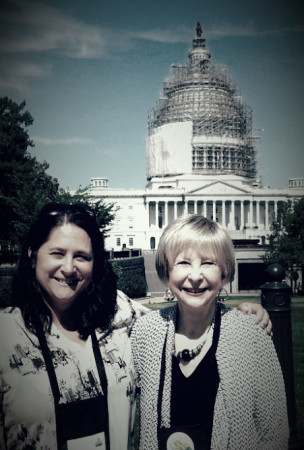 Ready for their close-up! A shot worthy of the cover of any Washington magazine.

Kristen and Jeannie tackled a full schedule with representatives from the LARGE state of California. A highlight of the day included getting to lead the meeting with the Representative from their home city of San Diego.

About the day Kristen says:

“We had four very productive sessions. The Life Raft Group card was given to each legislative aide we met with. Each aide was extremely attentive and receptive to the “ask” and listened closely to the personal stories as well. My mom was able to discuss her 15 year battle with GIST and even showed a photo of the grapefruit size tumor that was removed from her liver about two years ago. “

Now THAT’s a way to get someone’s attention!!

Kristen underscored the importance of the patient’s voice in these meetings and how important it is for officials to connect the issues they vote on with the human faces they affect. In sum,  they say they really enjoyed the experience and in future years would love to be able to provide GIST specific information to the offices.

Psst…I’ll let you guys in on a little secret. That’s my dream too! Not just a flyer or a GIST educational leave behind folder, but a whole lobby day devoted entirely to the concerns of the GIST community. Who’s with me? 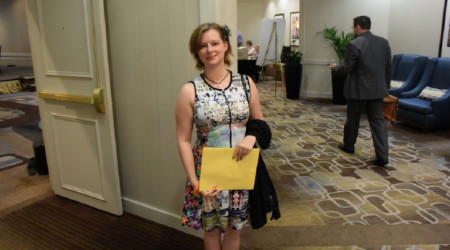 Erin armed with her OVAC facts and figures folder, ready to take on the Hill.

Erin also had great meeting luck in that she got to meet with Congressman David Jolly, who not only is from the district in Florida she lives in but also happens to be a member of the appropriations committee reviewing the bill that includes raises to NCI and NIH funding. Meeting with him turned out to be the perfect note to end on as Congressman Jolly not only supports the bill but thinks it could go even farther in the amount allocated to cancer research and prevention. Needless to say, Erin became a fan!

Of her overall experience with OVAC’s Lobby Day:

“I was never involved in the political or financial side of patient advocacy before. OVAC lobby day brought me into it. The two days with OVAC was such an amazing learning experience, and the fact that I got to do this with fellow cancer patients and caregivers was icing on the cake.

We went to be the voice of all cancer patients, to show the human side of this disease instead of being just a statistic on a piece of paper. We did just that, but I also learned that I was guilty of doing the same thing to politicians. Before yesterday, they were just names and affiliated parties on pieces of paper.

The bipartisan support for our cause opened my eyes that cancer is a topic of concern in politics and help will be on the way. Our stories helped drive home the point to make it a top priority and we were assured by everyone we met that they would do all they could to get funding back to our medical researchers.

I feel like I truly made a difference here, not just for my own types of cancers, but for all the US citizens that suffer from illness. This is definitely something I want to do again, and I hope more will join me next year!” 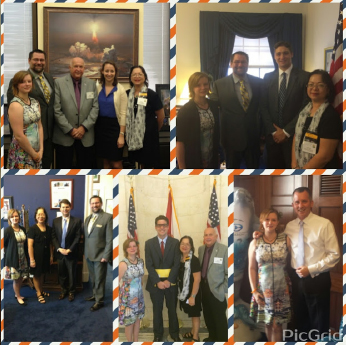 Whew! That was a lot- thanks for sticking with me until the end of this post guys. Also a huge thank you to our amazing reps for doing the GIST community so proud. Teena, Erin, Kristen and Jeannie- Your capes will be arriving shortly.

Stay tuned for my next post as I leave behind Capitol Hill and travel to Bethesda, Maryland to participate in the National Institute of Health’s Wildtype GiST clinic. Erin will be sticking with me for this next stop and I am so excited to tell you guys all about the fantastic work she is doing on behalf of GIST Kids. What is GIST Kids you ask? You’ll just have to keep reading to find out……or you could Google it………but I vote you keep reading 🙂