One Perspective on the BLU-285 Trial (avapritinib/Ayvakit) 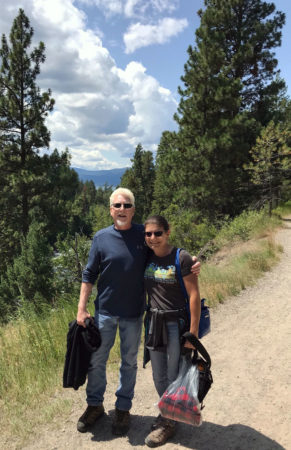 LRG member Owen Moore began participating in the Phase I BLU-285 trial at OSHU with Dr. Michael Heinrich in 2016. After three other drug treatment lines and faced with several growing tumors, the BLU-285 (avapritinib) trial was Owen’s best option at the time.

“It most definitely saved his life,” said Jennifer Moore, Owen’s wife. “We were thinking he might only have another year before he was in real trouble. And that he was able to get a treatment that was actually helping him without bankrupting us too was a great thing.”

When Owen started the trial, he had several large tumors. Five or six were tracked specifically and most of them shrank a little bit by the first CAT scan, which took place eight weeks after starting the drug. One of the larger tumors took about six months before it showed any change. Owen went up to the maximum dose. “I think he was one of the patients on which the research team determined what the maximum dose should be,” Jennifer said.

“He’s stable now, meaning for most of the tumors there’s no growth or an ‘acceptable level of change’. I don’t think they are ever going to disappear completely, though I think the BLU has stopped others from developing. The last report we got literally just said no change for some of the tumors instead of listing their before and after dimensions.”

Jennifer says the trial has been a good experience overall. The Moores feel great support, guidance, and patience from Dr. Heinrich’s staff, and a side benefit of the travel between Illinois and Oregon is that they made friends and memories in the process. 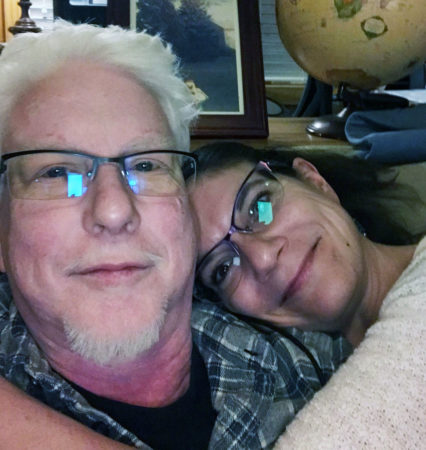 “Our situation was unique in that at the time of Owen’s diagnosis we were both self-employed, so we were able to make the travel between Illinois and Portland work for us. We are quite fond of Portland and would move out there in a heartbeat if we could,” said Jennifer.

The trial, while rendering a good result, has not been without its downside. BLU-285’s side effects have included things such as watery eyes, rash, edema, diarrhea, persistent fatigue, infections, and cognitive issues. Some are persistent; others come and go. Discovering the correct therapeutic dosage that is tolerable and differentiating what is a side effect and what conditions your body may now be susceptible to are also challenges, but all in all, they both feel that participating in the trial has been worth it.

According to Jennifer, Heinrich’s team has said that, if he chooses, Owen might remain in the trial for indefinitely for now so that Blueprint Medicines can continue to track patients’ progress on the drug.