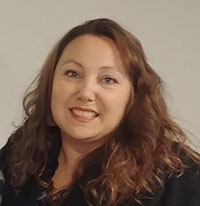 Christine, a former elementary school  teacher, lives about 30 miles outside of Albuquerque, NM, and is raising three sons with husband Adam. She doesn’t feel that creativity has always had a place in her life, but teaching elementary school always provides opportunities for innovation and creative thinking so perhaps it’s a matter of perspective.

Christine applied just that kind of thinking when faced with hours on her own during her participation in the guadecitabine trial held at the National Institutes of Health (NIH) in Washington, DC, during 2017. 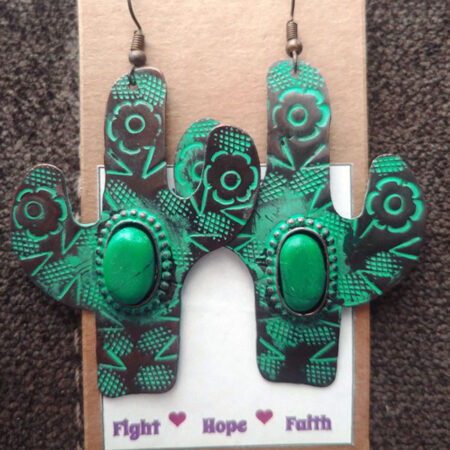 “I was flying out to Maryland from New Mexico every three weeks and I had a lot of time on my hands. I needed something to do and this occupied my time and my mind. It gave me a purpose. I didn’t know much about research but I thought if I made this jewelry and sold it then I could donate the funds to research for GIST. That’s how the idea got started,” said Christine.

Christine’s interest in GIST research began with her own rocky road with GIST six years ago. After unexplained blood loss and emergency surgery, Christine found herself at odds with her oncologist, who had diagnosed her with ‘regular GIST’ at 32 and started her on Gleevec post-surgery.

“I started to do my own research into GIST after this. It seemed to me that I was too young for the ‘regular GIST’ and I asked my oncologist if he thought wildtype GIST was a possibility? Should we look into mutational testing?”

Christine’s doctor shut her down declaring that this was absolutely not the case and that for the sake of her health she just needed to take the Gleevec for the rest of her life. He also advised her to stay off the internet though he himself was Googling information on GIST right in front of her. She was confused by this but Christine assumed the doctor knew what he was talking about. After remaining NED for two and a half years, Christine developed a massive metastasis. This tumor grew in a four-month period from nothing to a mass that spanned from her stomach to her liver. 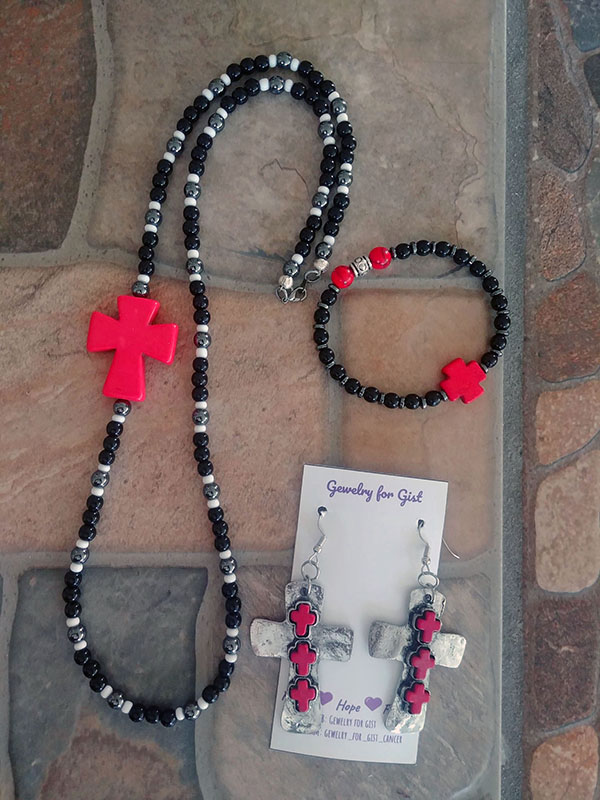 This new tumor threatened to cut off blood flow to her liver. Her local surgical team could not perform this surgery and she was directed to the hospital at the University of New Mexico (UNM). To try and reduce the tumor, UNM doctors put Christine on a higher dose of Gleevec (800 mg), but after four weeks of no change, they switched her to Sutent. Mutational testing revealed her mutation to be wildtype (now more specifically SDHC). The side effects of Sutent proved to be too harsh for Christine to tolerate, and when that treatment was terminated, she was told by UVM that there were no other options as surgery was still out of the question due to the size and location of the tumor.

A second opinion with a GIST specialist rendered an identical result and Christine and Adam began searching for answers. Christine connected with another LRG member and was told about the Pediatric & Wildtype NIH clinic. Christine attended the clinic in 2017 and Drs. Arnaldez and Davis committed to the surgery (#2) that saved her life.

“I spent two years suffering on a treatment that was doing me no good. That local oncologist’s arrogance throughout the situation was disappointing and I wish he’d been open to what I had to say. And then when the second surgery was refused by the larger hospital, I felt like I was being told to go home and wait to die. I was a 30 something year-old mother with three little sons. In hindsight, I guess I’m grateful that I didn’t get that second surgery at that time, because these experiences lead me to the NIH,” reflected Christine.

Christine remained NED for a few years until the tumors returned and metastases were found in her liver and pancreas. She endured another surgery, her third, in 2019, due to tumor growth, is currently not on any treatment and is being closely monitored.

Her drive for #GISTresearch is further fueled by the fact that Christine’s mom, aunts, and children, all carry the gene, though are currently asymptomatic. While all are being closely monitored, being SDH she understands the need for new treatments and patient advocacy.

“The research is so important to me also, because all three of my children are carriers of the gene as well. The NIH is also monitoring them.  Advocacy is the biggest lesson I have learned. Maybe they really do try, but it’s hard when the people you are supposed to be counting on fail you so miserably. The level of involvement the doctors at the NIH has had with my team in NM has been amazing. They have consulted with our surgeons out here and Dr. Davis even called me from his family vacation to ask how I was doing post-op. When you’ve been seeking out doctors that have the knowledge you need and then you find them and they have first-hand knowledge – that’s refreshing.”