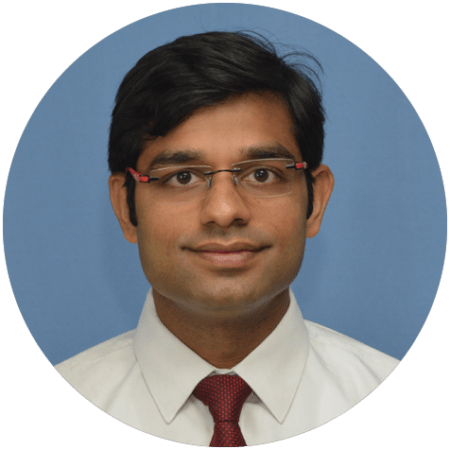 All India Institute Of Medical Sciences (AIIMS) presented a poster at the ESMO Asia Congress this past December on SDH-deficient GIST. Subsequently posted on the OncologyPRO educational portal, the poster was titled, “Succinate dehydrogenase deficient GIST: Case series and review of literature from a tertiary care centre in India” and was authored by Medical Board Advisory Member Dr. Sameer Rastogi, and co-authors Dr. Santhosh, Dr. Shamin, Dr. Yadav, Dr. Barwad, and Dr. Dash. This is a retrospective study of patients with SDH-deficient GIST who presented to the sarcoma GIST/clinic in AIIMS from 2016-2022. Nine out of 120 GIST patients were SDH-deficient. This is the first study of SDH GIST from India presented. 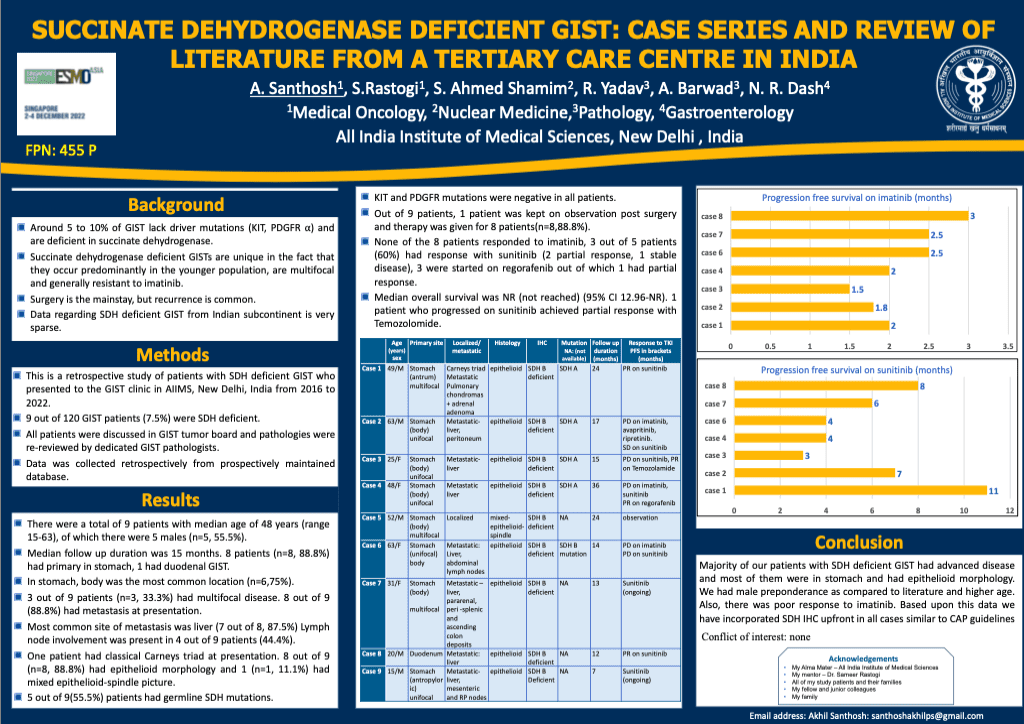 Click on image for PDF of poster to view larger.

The study concluded that the majority of patients with SDH-deficient GIST had advanced disease and most of them were in stomach (n=8, 88.8%) and had epithelioid morphology. There were a greater number of male patients (n=5, 55.5%) as compared to the known literature and higher age. Also, there was poor response to first line tyrosine kinase inhibitors like imatinib. Based upon the data collected and reviewed, SDH immunohistochemistry has been incorporated upfront in all cases similar to CAP guidelines (College of American Pathologists).

The Life Raft Group played an important role in the incorporation of SDHB testing by immunohistochemistry (IHC) to the CAP guidelines for SDH patients. Information from our Patient Registry provoked the creation of an algorithm for diagnostic decision making for Pediatric and SDH-deficient patients, which was then fine-tuned by leading pathologists and presented to CAP and the NCCN for consideration in updating their guidelines. In August of 2019, CAP changed their guidelines to reflect this.

“I am eternally grateful for your help and the motivation that keeps us going.” Dr. Rastogi stated in a message to our Executive Director, Sara Rothschild.

It is exciting to see that doctors like Dr. Rastogi are practicing and validating this technique which allows to identify more SDH patients and to continue to accelerate SDH research. 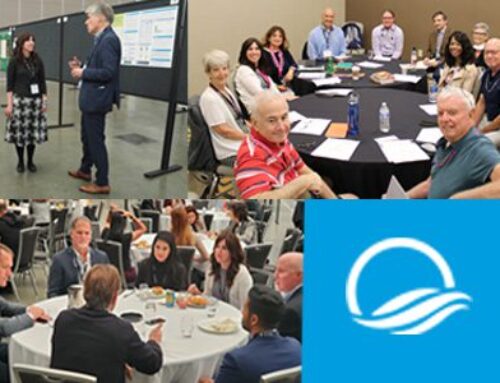 Join the LRG’s Vision – Thriving Together in 2023

Join the LRG’s Vision – Thriving Together in 2023