Elevated liver enzymes are a rare side effect of Gleevec and can occur in CML and GIST patients. Auto-immune hepatitis appears to be one cause of elevated liver enzymes in some patients where the body’s own immune system begins to attack the liver. The cause is not always known, but sometimes it can be drug induced. This condition appears to be treatable in the small set of patients reported here and the reintroduction of Gleevec was successful. This article was originally published in the September-October 2005 issue of our newsletter. Since it has been a constant source of information, we thought reprinting it might be helpful for other GISTers to read.

After taking the standard 400 mg dose of Gleevec for nine months, Life Raft Group member Vadim Schukin began having problems. A blood test found elevated levels of liver enzymes ALT and AST. Elevated levels of these two enzymes usually mean that damage is occurring to the liver. Schukin’s doctor had him stop taking Gleevec after which his liver enzymes returned to normal; but when Vadim tried to restart Gleevec at 200, then 100, and finally at 50 mg, his liver enzymes started to rise again. After nine months of on and off low dose Gleevec, his ALT and AST were still above normal.

For most of Schukin’s doctors, untangling the mystery of his elevated liver enzymes was difficult. That’s when he started his own search for answers.

With the help of the American Society of Clinical Oncology (ASCO) website, he found an interesting report of a GIST patient from a group of Italian doctors (S. Aliberti et al). This patient’s story was similar to Vadim’s case. After a good response at 400 mg, the patient’s AST and ALT levels began to rise. After ruling out other problems, the doctors found the presence of autoantibodies in the blood. After a liver biopsy, the diagnosis was autoimmune hepatitis. The patient was successfully treated with prednisone which caused a decrease in ALT from 1056 U/L to a normal value.

Armed with this new information, Vadim’s doctors performed additional tests and found a slight elevation in ANA, an antibody that is often elevated in autoimmune hepatitis. Ten days after starting prednisone, Schukin’s liver enzymes drastically improved and neared normal levels. With this new information, the physicians gradually increased the dose of Gleevec while decreasing the prednisone. Schukin’s liver enzymes remained low and he eventually increased his dose back to a “standard” dose of 400 mg without any problems. For the last month, Vadim has been taking 800 mg of Gleevec and his liver enzymes are within a normal range.

After finding the “cure” for his liver problems, Vadim shared his newfound information with several other Life Raft Group members with similar problems. Two members, Jani DeHart and Ginger Sawyer, worked with their doctors to begin the “prednisone treatment.” Both met much success.

Jani DeHart’s story is representative. In October 2004, Jani began having upper quadrant pain and generally did not feel well after 10 months of treatment on Gleevec. Blood tests at the doctor’s office revealed elevated AST and ALT levels (in the 700 and 400 range respectively). After consulting with other doctors, the conclusion was that Gleevec probably caused the elevated liver enzymes. The doctors told Jani that she would have to stop the Gleevec. This was “devastating news” according to Jani. The Gleevec had been keeping her GIST under control.

Jani stopped Gleevec in early November and a subsequent CT scan showed some progression. Her liver enzymes were checked a week later and were slightly higher than when she stopped Gleevec. This was about the time that Jani heard from fellow GIST patient Vadim Schukin. He described his case to Jani. She forwarded the information to her doctor who ran blood tests and ordered a liver biopsy to check for signs of auto-immune hepatitis. The liver biopsy came back as normal, but the blood tests showed slightly elevated level of ANA.

DeHart’s doctors prescribed prednisone and Imuran (an anti-rejection drug) to treat the suspected auto-immune hepatitis. Within 5 days, her liver enzymes had dropped by half. She restarted the Gleevec at a higher dose (800 mg) in mid-November 2004 and her liver enzymes continued to drop even though she was now on double the dose of Gleevec. By early December her liver enzymes were back to normal. 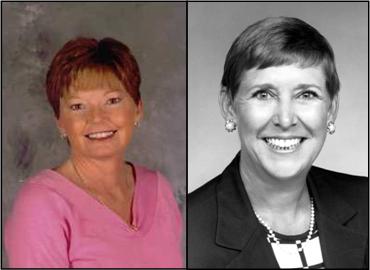 DeHart saw a liver specialist during this period. The physician believed that another drug, Aldactone, a diuretic that she had started in mid-September, may have contributed to the auto-immune hepatitis. His opinion was that there are just so many different drug combinations that it is impossible to predict how specific combinations will affect different people.

DeHart continued the predinose until mid-February and the Imuran for another month past that. Her liver enzymes continue to be normal and she remains stable on 800 mg of Gleevec.

Life Raft Group member Ginger Sawyer began having problems with elevated liver enzymes within 2 months of starting Gleevec. Her ALT and AST levels were above 2400. Gingers’ doctors at M.D. Anderson Cancer Center suspected that the problem might be auto-immune hepatitis and recommended prednisone. While this seemed to help, it did not seem to be the total answer. Her GIST specialist at M.D. Anderson then collaborated with a liver specialist near Ginger’s home.

Gingers’ doctors felt that she needed to stop the Gleevec until they got the auto-immune hepatitis under control. She began this treatment with prednisone, then added Imuran and finally Entocort. With each addition, there seemed to be more improvement, until finally her liver enzymes were back under control. She has successfully resumed Gleevec at 300 mg (she started at 400 mg).

A “Pubmed” search of medical literature found several reports that mention both hepatitis and Gleevec. One of these reports by S. Kikuchi et al, concluded that “These results suggest that both hepatitis and molecular response were associated with the (high) serum STI571 concentration (in this patient).”

Vadim Schukin wanted to share his experience in the hope that he might be able to help other patients taking Gleevec who are having similar problems. In sharing his experience, Vadim helped Jani DeHart and Ginger Sawyer with their liver problems, just as he was helped by an Italian doctor whom he never met. Jani and Ginger have also agreed to share their stories in the hope that others might benefit from them.