Skip to content
Home/Wildtype GIST & SDH: What to Know

Wildtype GIST & SDH: What to Know

April, 2011 – This article is a summary of “Defects in succinate dehydrogenase in gastrointestinal stromal tumors lacking KIT and PDGFRA mutations” in the Proceedings of the National Academy of Sciences by Janeway KA, Kim, SY, et al.

What is Wildtype GIST?

Wildtype GISTs are tumors that have a protein called “KIT” on their surface but do not have mutations in KIT or PDGFR like regular GIST tumors do. Wildtype GISTs are not treated with imatinib or sunitinib very often because these drugs are most active on tumors with KIT or PDGFR mutations.Most children and younger adults with GIST have the wild-type.

Why was this research done? 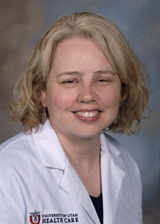 Carney-Stratakis syndrome is the combination of paragangliomas and GIST in the same patient. Paragangliomas are masses of tissue that make nervous system hormones and can be either benign or cancerous. They are often found in the neck or near the spine. Research has shown that Carney-Stratakis patients have a germline (germline means occurring in all the cells of the body, not just in tumor cells) mutation in the succinate dehydrogenase complex (SDH). The SDH complex is made up of several different proteins named SDHA, SDHB, SDHC, etc. These proteins are responsible for controlling metabolism and oxygen in the cells of the body. When mutations cause an abnormality in the SDH complex, it makes the body think cells are low in oxygen. In turn, the body increases blood flow, oxygen, and glucose to the cells, which may promote tumor growth. Because of what we already know about SDH mutations, researchers wanted to see if they could find SDH mutations in wildtype GIST patients and their tumors.

What research tests were done?

The NIH Pediatric and Wildtype GIST Clinic has collected tumor and blood samples from patients with wildtype GIST for the purpose of research (with patient permission). None of these patients had paragangliomas, only GISTs. First, Dr. Janeway and the other researchers looked to see if there is a problem with the amount of SDH in the tumors. In tumor samples from patients age 18 or under, all of the samples were missing the SDHB protein. In the samples from adult patients, the SDHB protein was absent 67 percent of the time and present in very low levels the other 33 percent of the time. If the same test is done in KIT mutated GIST, SDHB is missing only 6 percent of the time. Next, they looked to see if the SDH complex was working normally in spite of the missing SDHB protein. In the wildtype tumor samples, there was almost no activity of the SDH complex. In KIT mutated GIST, the SDH complex activity was decreased a little, but was pretty close to normal. Finally, the researchers looked at the blood samples of the wildtype GIST patients for germline SDH mutations. Four of the 34 patients tested were found to have a mutation of one of the SDH proteins throughout their bodies.

Why are these results important?

First, knowing about the SDH mutations may help us understand how wildtype GISTs are formed. Second, this information may help pharmaceutical companies make drugs tailored to treat wildtype GIST. Finally, it means that wildtype GIST patients with SDH germline mutations have the chance of developing paragangliomas. This is important because there are tests available right now for these patients that screen for paragangliomas and can lead to earlier treatment and hopefully better outcomes.

What does this mean for you?

The bottom line is that the NIH Pediatric and Wildtype GIST Clinic recommends anyone with wildtype GIST to undergo testing for this mutation. If you have wildtype GIST but have not had this testing, your doctor, The Life Raft Group, or other support groups can help you find somewhere to have this test done. The testing is done with a genetic counselor who will explain in more detail what a positive or negative test means, how much the test costs (this depends on insurance), if other family members need testing, and more. This testing is not recommended for most patients with KIT mutated GIST, since positive results are uncommon.