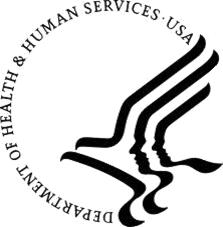 In a January 6, 2012 New York Times article, “Report Finds Most Errors at Hospitals Go Unreported” by Robert Pear, the author explained that federal investigators have shown in a new report that hospital employees recognize and report only one out of seven errors, accidents and other events that harm Medicare patients while they are hospitalized and improve care.

According to the study from Daniel R. Levinson, inspector general of the Department of Health and Human Services, “hospitals are to track medical errors and adverse patient events, analyze their causes and improve care.” In Mr. Levinson’s report he stated, “Despite the existence of incident reporting systems, hospital staff did not report most events that harmed Medicare beneficiaries.”

Pear also detailed in his article that the “most serious problems including some that cause patients to die, were not reported.”

“Adverse events include medication errors, severe bedsores, infections that patients acquire in hospitals, delirium resulting from overuse of painkillers and excessive bleeding linked to improper use of blood thinners.”

Independent doctors reviewed patients’ records and identified more than 130,000 unreported events in hospitals in a single month to federal investigators as detailed in the article. It was also stated that “many hospital administrators acknowledge that their employees were underreporting injuries and infections that occur in hospitals.”

There are two main reasons why this has occurred.

Training would be an appropriate step to take in remedying these types of issues. To this effect, Medicare officials will develop a list of reportable events that hospitals and their employees could use for reporting and training purposes. However, it is now up to the hospitals to ensure staff will put this into actual practice.

The Times article also noted that “the inspector general found that hospitals made few changes to policies or practices after employees reported harm to patients because hospital executives state the events did not reveal any systemic quality problems.” Very few patient cases that are actually reported to hospital managers lead to changes in policies or practices.

The article also stated that “more than 2900 hospitals have joined the administration in a ‘partnership for patients’ intended to reduce errors and save 60,000 lives in three years. There are also 27 states having laws that require hospitals to report publicly on infections that patients develop in the hospital.”