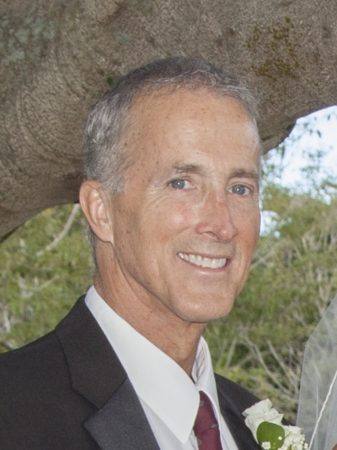 Howard Greenley, 59, of Houghton, MI, passed away in October 2017, following a very long and courageous battle against cancer.

Born and raised in lower Michigan, Howard was a graduate of Holderness Prep School in New Hampshire and Michigan Technological University in Houghton, MI. He was employed at Michigan Tech for 20 years, starting as Director of the Small Business Development Center, where he received many awards from the Small Business Administration. He later moved on to be Manager of Douglass Houghton Residence Hall, and then finally to Director of Auxiliary Services, where he implemented many new initiatives which are still in place at the University today.

His passion for travel and adventure found him whitewater rafting and climbing mountains in New England, to exploring the countryside of Ireland, to snorkeling the Great Barrier Reef in Australia. Besides Houghton, Michigan, Howard also lived in Charleston, South Carolina and most recently in Naples, Florida.

In the words of his wife, Renee, “Howard was one of the original trial members with Gleevec, which he started in December, 2000, after having been originally diagnosed in 1998. He was a valiant warrior against this disease, moving from trial to trial, and surgery after surgery. His strength and fortitude was an example and encouragement to many others who struggle with this nasty disease called cancer. He will be greatly missed.”

LRG Executive Director, Norman Scherzer, adds: “Howard and my Anita were in the original clinical trial for Gleevec together and helped create a path for so many others to follow.”

Memorial gifts may be made to the Life Raft patient advocacy group (liferaftgroup.org) or the Omega House (hospice) in Houghton, MI (www.omega-house.org)