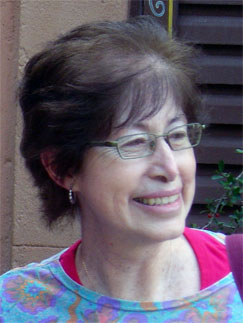 My dear wife, Elsie María Hernández Saborío, passed away August 7th after a long battle with GIST. I miss her greatly.

Elsie was born and raised in Costa Rica. She grew up in San Ramón de Alajuela, where much of her extended family still lives. Her mother, Enilda, was a high school French teacher, her father, Sergio, a tailor with a small shop in downtown San Ramón.

Elsie studied mathematics education at the Universidad de Costa Rica (UCR). In 1973, she and her sister, Ana Isabel, moved to lodging near the campus to complete their degrees. After graduation, Elsie taught at public high schools before being hired by the mathematics department at the Instituto Tecnológico de Costa Rica (the Tec) in Cartago where she remained for the rest of her career. She was a well-loved professor, who won many teaching awards and was admired by her students.

Elsie and I met at events in the UCR mathematics department. After a short courtship, we were married in 1984 at the San Antonio Church in Guadalupe. 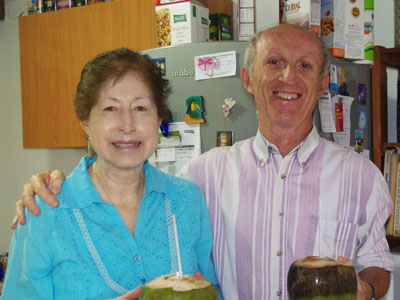 We have three children, Daniel, Sylvia, and Irene. Daniel (born 1986) studied at the Universidad Nacional in Heredia, earning a BA in English Teaching and two Masters degrees. He then completed a PhD in Translation Studies at the University of Ottawa. Sylvia (1988) graduated in medicine at the UCR, completed a Masters in Neuroscience at McGill University in Montreal, and is currently a neurology resident at UMass in Worcester, Massachusetts. Irene (1997) is in her final year as a political science major at the UCR.

Sylvia married her longtime boyfriend Bobby Giglio at Villa Blanca, near San Ramón, on July 28th, a date chosen long ago. Bobby is a New Jersey native. Many of his friends and family came from the States for the event. Elsie was there to enjoy the ceremony.

In 2000, Elsie was diagnosed with a gastrointestinal stromal tumour (GIST), a rare sarcoma.

During an operation in Costa Rica, the doctors found liver and peritoneal metastases. The prognosis was poor, with no effective treatments. But, just when we needed it, a new experimental drug, STI-571, was being tested, and in January 2001, with much help, we went to Columbia Presbyterian Hospital in New York City, where Elsie entered a clinical trial. She was assigned to the higher 800 mg dose. The medication was so effective that, a year later, it gained FDA approval and became the standard treatment under the brand name Glivec or Gleevec from Novartis. Elsie continued taking it faithfully.

After years of stability, Elsie started to face a series of medical complications. In 2008, a toxic colon infection needed surgery and she required a colectomy. In 2015, kidney failure obliged her to enter a program of hemodialysis three times a week at our local public hospital. Last year, a subdural hematoma required further surgery. Elsie fought and won all these battles. She received excellent medical care at several Costa Rican hospitals. But this year, further metastases, now to her spinal column, left her in a wheelchair. It was a final struggle she could not withstand. 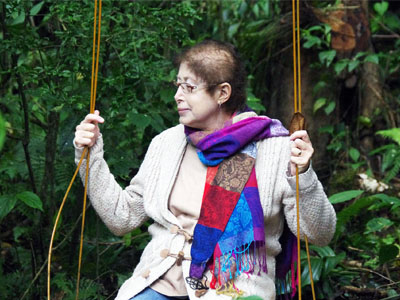 We were among the first members of the Life Raft Group, a support group for patients with GIST, as readers know. Its founder, Norman Scherzer, helped Elsie enter the trial and remains a friend. My brother David continues as president of the Life Raft Group Canada. Despite having to confront cancer and subsequent illnesses, and despite undergoing severe medical treatments, Elsie always maintained a fighting spirit, eager to overcome her problems and always looking for ways to help out her fellow patients. She was a woman who displayed great tenderness and respect towards everyone she knew.

She was a wonderful wife, sister, mother, friend and teacher. We cherish her memory.