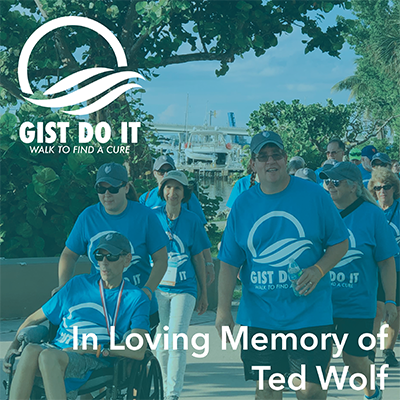 On Saturday, May 4, 2019, at 8:00 am, The LRG is hosting our first GIST DO IT Walk in New Jersey, at Verona Park.  This fundraiser for #GISTresearch is being held in loving memory of Ted Wolf. With an original goal of $10,000, our expectations have been surpassed by our Life Raft Group members! But, there is still much to be done and we are pushing forward to raise as much as we can with this signature walk that began with GIST DO IT Miami (see Gallery) last July at Life Fest (see Presentations, Gallery). 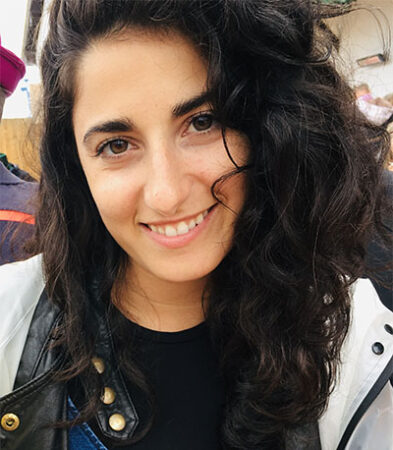 One outstanding fundraiser deserves a huge shoutout! GIST Thriver and LRG member, Chelsea Ozeri, has raised over $8,000 dollars! Chelsea was diagnosed with GIST late last year. She is sharing her story to help find a cure for this rare form of cancer and help others living with GIST along the way. Join Chelsea, The LRG Staff, LRG members, friends, and family this Saturday. If you can’t be there in person, please consider becoming a virtual participant or donating to help ensure no one has to face GIST alone!

On September 11, 2018, I took a trip to Mount Sinai Beth Israel Emergency Room, the very hospital that I spend most days at, managing a psychiatric Mobile Crisis Team. Typically, I bring others to the ER; but this time, I was just bringing myself. It felt unfamiliar, almost exciting in a masochistic way. I’d devoted so much of my life up until this point caring for others, and now, more than I could have ever known, others would be taking care of me.

It started about 2 weeks prior – I was visiting a friend in Ithaca, and we attempted to do a rather simple hike. Two minutes uphill and I was completely winded, thinking, “WOW! I knew I was out of shape but this feels like something completely different”. After I took a break, we went onward another 2-3 minutes, and again, I had no other choice but to stop for fear of the worst. The weekend went on – I felt a little out of sorts but I thought maybe I was coming down with some kind of bug.

After another week of feeling out of breath from menial tasks, like walking 1 city block, or headrushes from 1 flight of stairs, I followed the advice of my loved ones, and finally dragged myself to urgent care in Union Square. It was after about 15 minutes of discussing my symptoms when then the doc suggested they transfer me to the ER, which would include a 5 minute drive by way of ambulance. I assured them I was okay to walk, and convinced them to let me go “against medical advice”. I guess this was my continued way of convincing myself that nothing serious was wrong because “I’m a healthy 31 year old who’s never had anything wrong with her”. Once at the ER, I took a blood test, and the resident doctor said my red blood cell count was dangerously low, and they weren’t sure “how I hadn’t been fainting all over the place.” I’d need a blood transfusion immediately. A few hours later it wasn’t enough to get me back to a healthy point, so another bag of blood was necessary.

Even after 24 hours in the Emergency Room, I still fully believed that I was fine. While a few of the residents sternly encouraged me to stay for an admission to figure out what was going on, I took the word of the attending doctor, who said “Your blood test clearly shows low iron – you are iron deficient anemic.” He led me to believe that as long as I followed up with a specialist, he felt comfortable with me signing myself out “AMA” once again.

Five weeks later, after two blood transfusions, five iron infusions, four blood tests, one x-ray, one CT scan, one colonoscopy, one endoscopy, and two EKG’s, the only thing that came out of it was pain- physical pain. Whether it was by coincidence or the rummaging around my intestines during the “oscopy’s,” I felt a gnawing discomfort in my pelvis, which worsened significantly over the next 24 hours. I immediately brought myself to see a gynecologist – I just had a feeling this was the way to go. One gynecological exam, one ultrasound, two vaginal probings and two anal probings later, they found the tumor.

After multiple opinions, and endless support from the network of family and friends around me, I was able to connect to two of the best doctors in the field, both at Mount Sinai and Memorial Sloan Kettering. Exactly 8 weeks after that initial ER visit, I was in surgery to remove the baseball of a tumor that was connected to the outside of my small intestine and making contact with my right ovary. After sending tissue samples to the lab, the doctors at both Mount Sinai and MSKCC were correct – it was a GIST – Gastrointestinal Stromal Tumor, a rare form of Sarcoma that’s unresponsive to traditional forms of cancer treatment.

After 4 long months of recovering from a risky, open surgery, and with the constant support of my husband, family, friends, and of course, my best friend Tuna the dog, I’m doing well 🙂 In my case, due to the fact that the tumor was probably growing in me for what could have been years, it had the time to metastasize to my liver. With metastatic GIST, if you are lucky enough to respond to Gleevec, or one of the other medicinal treatment options, you are on that medicine most likely for the rest of your life. While a lot of us get to the point of NED, or no evidence of disease, the treatment plan often includes adjuvant therapy for the rest of your life to keep the cancer from returning. I’m only just starting out on this journey; but taking into account what the alternative could have been, I consider myself pretty lucky.

I’m sharing my story with you in the hopes that you can help! In the case of rare diseases, funding research for a cure is minimal since the number of us living with the disease is minimal. I like to say we’re the 1% – the one percent of people whose cancer lives in our soft tissue. GIST does not respond to chemo or radiation, so it requires that we find the answer somewhere else, which requires time, and money, and people who care.

If you are able, please consider donating to this cause – my cause – one that I never knew I’d have until 6 months ago. If you can’t donate, but your body allows, come walk with us! Or wheel with us! Or stand beside us in whatever way feels manageable for you.