Honoring the Memory of Nikki Morales – the Women in Sarcoma Gala

Join us for the first virtual annual Women in Sarcoma Gala in loving memory of Nikki Morales. Nikki Morales was a patient advocate, philanthropist, public speaker, volunteer, and an inspiration for so many within the sarcoma community. She was a woman who embodied strength and courage in the face of challenges. With her supportive mother Jana and husband John by her side, she did this with laughter and grace. 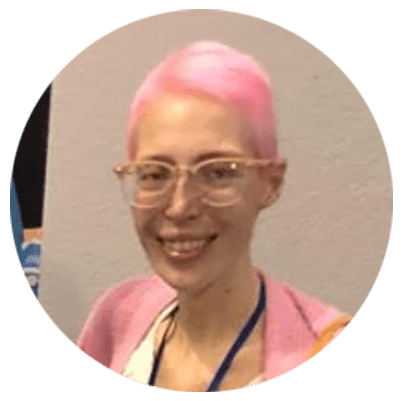 Nikki was an LRG Arizona State Leader, a speaker at GIST events, and a volunteer at GDOLs and Life Fest. In 2018, she was awarded the Allen Tobes Volunteer Award for her fundraising events. She even encouraged her best friend, Andrea Shedler, to use her comedic talents for our first GIST Laugh event to raise funds for GIST research. Read about Andrea’s fundraising adventure. Nikki and Andrea attended their first GDOL together in San Diego shortly after Nikki was diagnosed with GIST, a cancer of which neither had ever heard. They knew at that event that the LRG was an organization they wanted to promote. They began with a joint fundraiser for the LRG and a local mental health organization. Nikki was beloved by friends and family and the two had many connections from their large college alum community and sorority sisters. Andrea believes that this is a large part of their success in spreading GIST awareness.

Nikki passed away in late spring in 2019 and those that knew her well commented on her zest for life and her charisma. Laura Occhiuzzi, Senior Vice President of the Life Raft Group commented that Nikki was a “true warrior, respected and loved by all who watched her fight the fight for so long. We all glimpsed the ‘inner Nikki’ by observing her various hair color changes, the furry pink kitchen chairs in her new house, the honest emotion of her blog, and her love of kittens .”

Laura continued, “Nikki  continued to face her diagnosis by immersing herself in ways to make a difference. Her 30th birthday was a fundraiser to support GIST research. Her fundraising efforts were continuous through the years and she engaged Andrea to do the same. At our last Life Fest there wasn’t a dry eye in the house as she shared her plea for change and her heartfelt story.

She was determined to make a difference for other GISTers. Despite having just recently been discharged from the hospital, Nikki and John, her husband, flew cross country to support Andrea’s efforts at the GIST Laugh fundraiser in March of 2020, shortly before her death.

We dedicate this event, the Women in Sarcoma Gala, to the memory of Nikki Morales, our beloved friend.

This event is sponsored by: